[Interview with Ana Serrano]Virtual reality in a K-pop world: How new technology can enhance content for Korean culture fans

[Interview with Ana Serrano]Virtual reality in a K-pop world: How new technology can enhance content for Korean culture fans 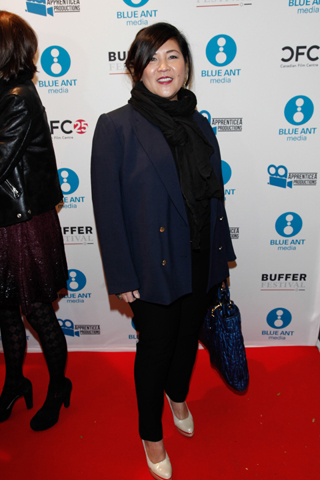 The international popularity of Hallyu, or the Korean Wave, is nothing new. Each year, flocks of tourists visit Korea to attend concerts with their favorite K-pop stars, and many are willing to camp outside their idols’ record companies for hours just to catch a glimpse of them.

What is new, though, is the deployment of cutting-edge technology such as virtual reality (VR) to give fans who cannot come to Korea the immersive experience of meeting their favorite celebrities, through mediums such as interactive music videos, dramas and movies.

Ana Serrano, chief digital officer of the Canadian Film Center, recently visited Korea to attend the Culture Communication Forum and a seminar on VR. In an email interview with the Korea JoongAng Daily after the seminar, Serrano discussed the effects of virtual reality on the Hallyu phenomenon. Below are edited excerpts from the interview.

Q. In order for VR to commercially succeed, it seems important to make consumers feel immersed and interact with the content they consume. In this aspect, how can K-pop and K-drama fans and movie lovers, both locals and those living abroad, benefit or be able to benefit in the future from this technology? What kind of services will they be able to enjoy?

A. I think we are still a long way to go before we can have a massively successful K-drama in VR. But I think it’s important to start experimenting with how stories and K-dramas will be told and what forms of storytelling will become successful mainstream forms. For example, will “choose-your-own-adventure” or “branching narratives” work in VR dramas, or will they be niche offerings in the same way they have been niche offerings on the web?

One way to start experimenting with VR in K-dramas is to create VR extensions that enhance the audience’s experience of the K-drama story world. For example, in the recent [tvN] K-drama series “Cinderella and the Four Knights,” Sky House is a dominant setting where much of the action occurs. Giving fans an intimate look at Sky House in VR may work further to immerse them in this K-drama.

One could also ensure that this exploration of Sky House in VR could be done with narrative in mind. More than a behind-the-scenes-look, it may provide us access to the secret habits/musings of the three protagonists that aren’t explored in the TV drama.

You mentioned during a seminar that one of the key drivers to success is brand value that can differentiate oneself from others. What kind of unique brand value do you believe Korean entertainment can exclusively offer with VR technology, considering Hallyu’s current status?

I think taking what’s working in Korean entertainment - the K-drama celebrities, K-pop groups and K-style - and marrying that with VR is the obvious “low-hanging fruit.” So for example, in the Korea Creative Content Agency building, the Korea Tourism Board offers tourists immersive “photo-booth” and almost “holographic” experiences with K-drama stars. How could they extend that experience to include a 360-degree, linear VR experience that integrates tourists’ live-action shots and computer-generated or pretaped K-drama shots?

I also think that VR is well suited right now for expanding the aesthetic and forms of music videos. There are some examples of K-pop stars doing 360 VR music videos, but I expect more to come out as the Gear VR hits the Korean market. One of the best of the lot was actually done last year by [boy group] Infinite - their official music video for “Bad.”

There are two things consumers need to get educated on when it comes to VR - a.) how to experience it, its UI, its form factor, its affordances; and b.) how to critique it, from a health, privacy, media theory perspective and more.

The former is being done by anyone who is a making VR experiences as widely available to the general public as possible. Right now, those are mainly brands looking to use the novelty of VR to drive market interest in their products. An example incudes Marriott Hotel’s installation that takes everyday consumers to various locations around the world.

The latter (how to critique VR) will need to be done with the help of government and schools and public media.

Is there anything that could hold VR back? Do you have any concerns about VR not being able to realize its full potential?

I don’t think anything will hold back VR. In fact, it was “held back” before in that VR has actually been around since the 1960s if you count the first head-mounted display that was created at that time. So VR has been coming for a long time.

This time, this next stage of its evolution just happened at a time when both the technology and consumer behaviors have caught up. So I’m not sure it’s a question of holding back VR but trying to determine just how long full-scale mainstream adoption will occur. That’s a lot harder to predict than one thinks.

Are there possible threats of VR that experts are worried about?

I think experts are worried about a lot of things - how extended use of VR affects the eyes, the brain, our perception of reality; how privacy will be guarded in the future; how monopolies could affect the actual growth of VR; how the digital divide could expand as this new platform gets introduced; how addictive these experiences could be and more. All of these things are being researched, discussed and studied as the industry starts to gain more mainstream traction.