A will to resolve economic crisis?

A will to resolve economic crisis? 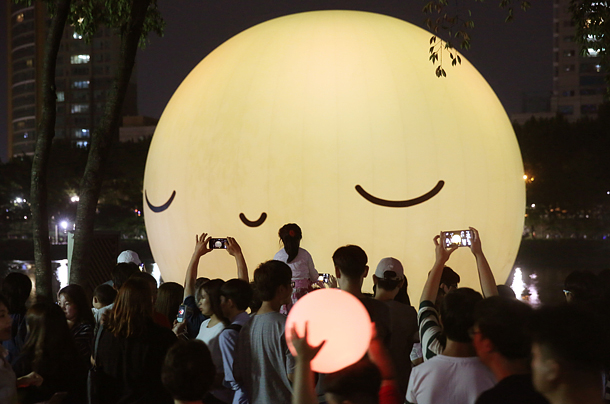 My family got together over the Chuseok holiday table. We were so happy to see one another and made well-wishing remarks. “You look very well,” and “Your children have grown up!” After exchanging blessings with smiles, the conversation moved on to what was going on in the world. Then, the smiles disappeared from our faces.

A relative who works for a large corporation said that the company’s business was very slow and he was worried about restructuring. Another relative working for a different company said, “It may seem from the outside that the company was doing well without many problems, but the atmosphere in the office has frozen.” The company was focusing on its core business and reducing the number of executives, and employees are worried that certain departments may be sold. He was frowning throughout the conversation. While large corporations are much better off than small and medium-size businesses, employees still feel anxious and worry about layoffs.

The mood turned more serious as we talked about children. A son of a relative graduated from college three years ago but hadn’t found a job. Another relative said that the company that his grandson worked for went out of business this year, and he was starting a new venture with a friend. But they have yet to make money. A relative with children in college was worried about the future. The family reunion ended with sighs.

The common concern that inspired the anxiety was economy. Since the Park Geun-hye administration took office in 2013, the economy has been steadily declining, and the lives of average citizens have worsened. In surveys, four or five respondents out of 10 have said that their financial situations were worse than the previous year. The government expanded the unemployment budget from 10 trillion won ($8.95 billion) in 2012 to 15 trillion won this year, but the unemployment rate of Koreans ages 15 to 29 is constantly rising. In 2012, it was 7.4 percent, but this February, it reached a record-high 12.5 percent.

During the 14 quarters of the Park administration, the actual GDP grew by more than 1 percent from the previous year only three times. In all other quarters, the growth rate was flat. The Korean economy is driven by exports, but exports had losses for 19 consecutive months compared to the same period in the previous year and showed a brief rise of 2.6 percent last month.

However, most experts say that it is a temporary increase due to two additional working days. Exports in the first 10 days of September fell 3.6 percent compared to last year. Moreover, household debt rose to a historic high of 1,257 trillion won in the second quarter. Young people are struggling to find a job and consumers are riddled with debt.

In every New Year’s address, Park uses the word “economy” most or the second most times. However, when the lives of the average citizens are on the edge, the government hasn’t produced a policy that can actually help the people. Is the current administration incompetent to resolve the economic crisis? Or is its attention somewhere else?


*The author is the economic and industrial news editor of Korea JoongAng Daily.