The most ubiquitous cafe: Ediya

The most ubiquitous cafe: Ediya 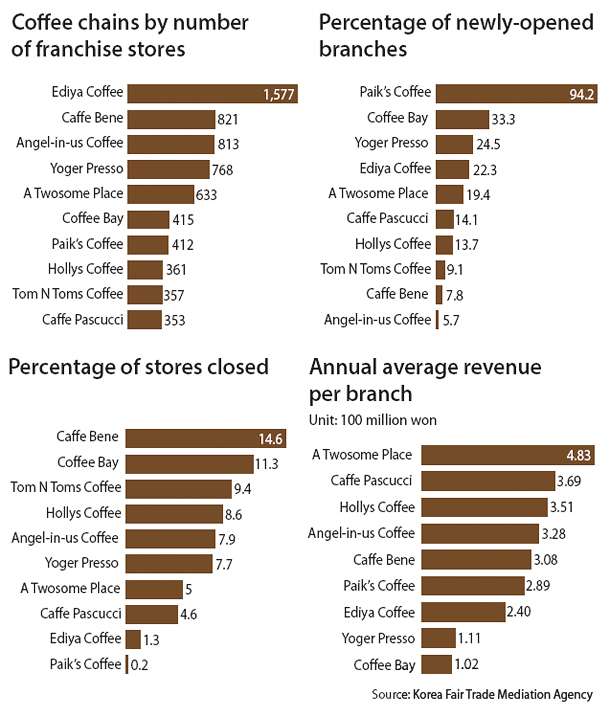 Ediya Coffee is not easy to find in many neighborhoods, but it turned out to have the highest number of franchise stores across the country among coffee chains, according to figures released Monday by the Korea Fair Trade Mediation Agency.

Paik’s Coffee, started by popular television chef Baek Jong-won, expanded the most last year, while Caffe Bene, once a ubiquitous brand, had the highest percentage of franchise stores closing. A Twosome Place, run by CJ Group, generated the highest revenue per store.

For the first time, the agency under the Fair Trade Commission released detailed information on the country’s coffee chains for interested franchisers. The popular brand Starbucks was not included in the study because branches are owned and operated directly by Starbucks Korea. 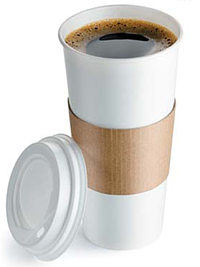 According to the study, Ediya Coffee had the highest number of franchise stores as of 2015, with 1,577 branches, followed by Caffe Bene and Lotte’s Angel-in-us Coffee with over 800.

In the capital region, Ediya also topped the list with 532 stores, while the second spot went to Yoger Presso with 176 and Caffe Bene came in third with 173.

Angel-in-us came in ninth with only 86 franchise stores in Seoul, but it outranked other coffee chains in other cities such as Daegu, Gwangju and Daejeon.

While Ediya may have had the largest number of franchise stores overall, Paik’s Coffee ranked highest in expansion last year. Newly-opened branches accounted for 94.2 percent, or 389 out of 412 franchise stores with the celebrity chef’s name.

This is the second consecutive year that the figure has exceeded 90 percent. It is impressive growth, considering that in 2014, there were only 24 Paik’s Coffee branches.

Caffe Bene, which only a couple of years ago promoted itself as the fastest-growing coffee chain in the country, has instead seen many of its franchise stores closing. Compared to 2014, the number of shops with the Caffe Bene logo has shrunk 7.3 percent.

By contrast, only one Paik’s Coffee closed last year.

A Twosome Place topped the list in revenue, with each franchise store raking in an average 482.9 million won ($431,413) per year.

The fair trade agency said A Twosome Place had higher earnings because the stores are relatively large compared to other coffee chains. The agency report noted that there was a strong relationship between the size of store and average annual revenue.

But the bigger the store, the higher the startup costs. A Twosome Place ranked highest in terms of barriers to entry, with the costs needed to decorate interiors and install coffee machines amounting to an average of 287.7 million won.

“Many people after retirement choose to jump into franchise businesses as they see it as a stable business that doesn’t require much past experience,” a fair trade agency official said. “However, there are cases where many fail by only trusting information provided by these franchise businesses, while they are also burdened by the financial costs in opening such stores.

“We hope this information will encourage franchise companies to further compete with each other while improving consumer rights as well.”