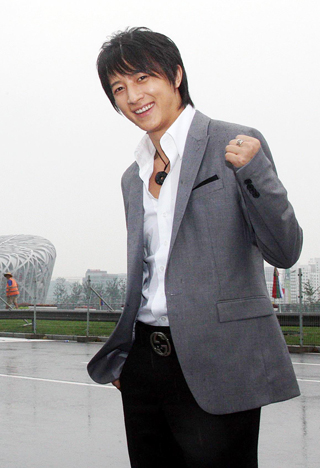 Hangeng, a former member of boy band Super Junior, revealed his past efforts to reunite with the group during an interview published Monday in the Beijing Youth Weekly.

The Chinese singer explained his attempt to share the same stage with his former bandmates during their 10-year anniversary concert in 2015, going as far as calling group leader Leeteuk.

“I had no other intentions than to celebrate the 10-year anniversary,” Hangeng said. “However, due to many reasons, those hopes just could not become reality. The members were just too busy. It was really unfortunate.”

Hangeng debuted as a member of the group’s original lineup in 2005. He filed a lawsuit against SM Entertainment to terminate his contract with the company in 2009 and now maintains a solo career in China.