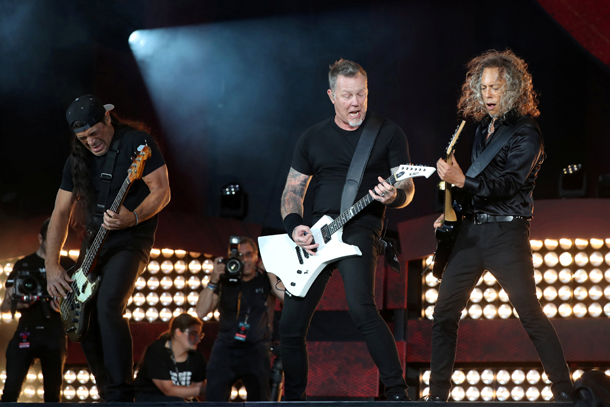 NEW YORK - Rihanna ran through her pop and R&B hits, Eddie Vedder partnered with Chris Martin and Kendrick Lamar was enthusiastic and energetic during his hour-long set at the Global Citizen Festival in New York.

Major Lazer kicked off the festival, performing hits such as “Lean On” and was backed by lively dancers. At one point they all wore New York Mets jerseys onstage. Demi Lovato, who replaced Selena Gomez, followed with strong singing.

Rihanna closed the show with a number of her smash hits, from “We Found Love” to “Umbrella” to the recent “Needed Me.” Most of the performers thanked the feverish audience for their acts of kindness to earn the tickets.

“We got global citizens in the house tonight - I myself, I’m from Barbados so I came a long way,” Rihanna said. “There are people all over the globe that need help.”

As fans waited for Rihanna to perform, Martin - who had just performed - came back onstage to stall. He sang Prince’s “Raspberry Beret” while strumming the guitar, and freestyled new lyrics about why Rihanna was late, which earned laughs and applause from the crowd. He joked that the singer was doing her makeup and said he would perform the Prince song again.

Metallica earned one of the night’s loudest ovations and Usher wore a black shirt that read, “Silence is content.”