Subway and railway will stage strike together from Tuesday

Subway and railway will stage strike together from Tuesday 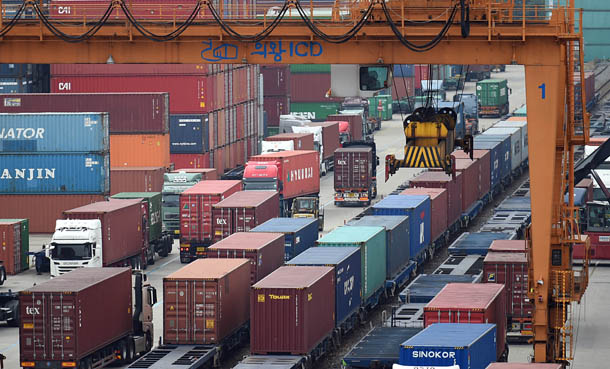 As labor unions of national railways, Seoul subways and Busan subways plan to stage a joint strike today, the workers inside Uiwang Inland Container Depot in Gyeonggi on Monday prepare for the strike. The Ministry of Land, Infrastructure and Transport announced on Monday that it will maintain about 60 percent of passenger trains and 30 percent of freight trains compared with normal operations.

The announcement on Monday heralds the first time in 22 years that the transport workers’ union and public metro companies in Seoul announced a simultaneous strike.

The transport workers’ strikes follow a general strike by the Korean Financial Industry Union since Friday, and will be followed by another from Korean Health and Medical Workers’ Union on Wednesday and by the Federation of Korean Trade Unions and Korean Confederation of Trade Unions on Thursday.

The unions are protesting the central government’s plan to extend the performance-based salary system to more employees of public companies and organizations.

“Once the performance-based salary system, which was so far only applied to the executive-level employees of public organizations, is applied more widely to more employees,” said Lee Ho-young, head of the public relations department of Seoul Metro, “it may bring unnecessary competition among workers and lower the quality of service provided.”

But companies have been announcing that all railroad operations will run regularly during rush hour.

Korea Railroad Corporation said its KTX and electric trains will run as normal during rush hour. But others, like the Samaeul and Mugunghwa trains, will likely reduce their passenger train operations by some 60 percent.

Seoul Metropolitan Government also announced on Sunday that the subways will be run regularly during rush hours regardless of the strike.

“By law it is required for public subway systems to maintain a certain number of employees even in times of workers’ strikes,” the city government said in its press release. “Thus the city government has secured enough number of employees to run subway operations normally, and will be dispatching some 300 city officials to subway stations to ensure people do not experience inconvenience.”

Subway Line No. 9 in Seoul is operated by a private company, and will not be participating in the strike.