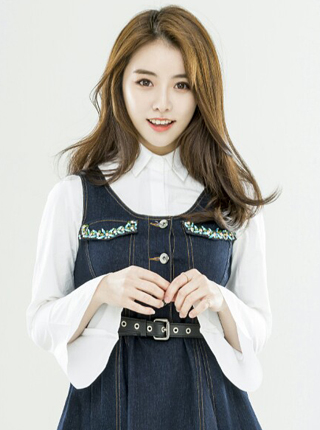 Singer Seol Ha-yun of Mnet reality program “I Can See Your Voice” will make her official debut as a trot singer. She previously appeared on the reality show as an idol star trainee that’s been preparing to debut for 12 years.

The rookie singer held her first official showcase on Tuesday at the HanaTour V-Hall in Mapo-gu, Seoul, for her debut single, “I’m Going to Report You.”

The track is described as an addictive trot song with a fun dance beat well-suited for listeners of all ages. It was produced by Lee Seung-han, who previously created “Gondre Mandre” by trot singer Park Hyun-bin.

Seol chose trot singer Jang Yun-jeong as her role model during the showcase, covering the veteran singers hit song “First Marriage” as the opener for the performance. “I chose Jang as my role model since she was the one that paved the way for young singers in the trot genre,” she said.

“I have no regrets giving up on being an idol star to be a trot singer,” Seol said. “Trot songs are so fun that everyone can enjoy them, even my parents. If I had a choice to go back to being an idol, I don’t think I would do it.”