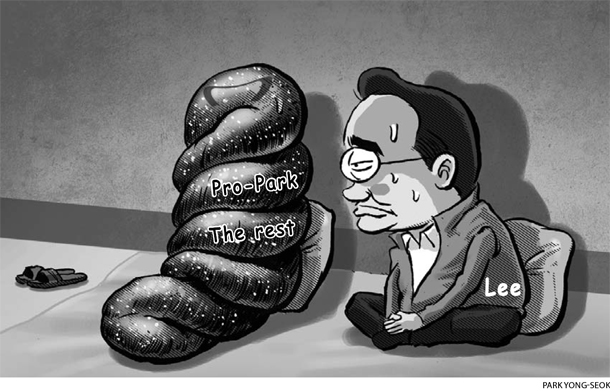 While Saenuri Party Chairman Lee Jung-hyun is on a hunger strike to protest the National Assembly speaker Chung Sye-kyun’s politically-motivated remarks despite his obligation to keep political neutrality, the ruling party is sharply split between the pro-Park Geun-hye faction and the rest over whether they should stop the ongoing boycott of the legislature’s audit of the government.