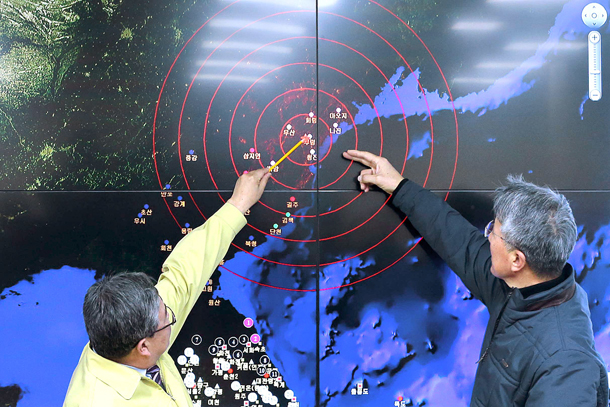 In August, the worst heat wave in history was the hottest topic in Korea. In September, the news that stirred social media was earthquakes, both artificial and natural. On Sept. 9, North Korea conducted its fifth nuclear test, which caused a 5.0-magnitude artificial earthquake. Three days later, a 5.8-magnitude earthquake hit Gyeongju, North Gyeongsang, followed by a 4.5-magnitude earthquake exactly one week later. There were more than 430 aftershocks, leaving the Korean people shaken.

But regardless, both artificial and natural earthquakes lead to tremendous damage, and we need to be thoroughly prepared.

The earthquakes revealed the poor state of Korea’s disaster preparedness measures. It is especially serious that the natural earthquake turned into a man-made catastrophe.

The Ministry of Public Safety and Security sent the first emergency disaster message nine minutes after the first earthquake. For the second earthquake, the message was not sent to the capital region. The prime minister gave his first directive two hours and 47 minutes later. With the slow and poor initial responses, the government wasted the “golden time” that has been emphasized over and over since the Sewol ferry tragedy in 2014.

And what about the school that ordered its students to stay in school, saying the earthquake would subside soon? The response reminds me of the order “stay put” that resulted in the loss of so many lives two and half years ago.

What will young people learn from the older generation? The Korea Meteorological Administration’s earthquake response manual was made public, and it says, “Do not wake up the minister at night.” Just as the Coast Guard was dissolved in the aftermath of the Sewol ferry incident, will the government get rid of the weather authority? There are rumors that trout heading to sea from the Taehwa River and ants appearing on Gwangalli Beach in Busan were signs of coming earthquakes.

When you lose your health, having the whole world is meaningless. Health is the basis of our lives. When the base is shaken, no tower can stand solid. No power, money or treasure is valuable when the ground is cracking and buildings are falling. Earthquakes affect everyone.

Hannah Arendt wrote in “Eichmann in Jerusalem” that thoughtlessness created evil. It was a warning to a society that thoughtlessly repeated evil practices without giving thought to studying and repenting for the past and designing the future.

The earthquake is still in progress.