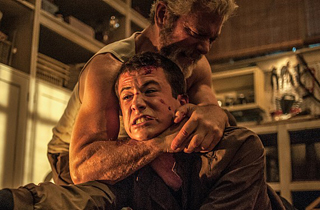 For those who enjoy a chill-inducing thriller, here comes “Don’t Breathe,” much acclaimed for the suspense that holds viewers at the edge of their seat throughout the story.

Teenagers who long to escape their life in the slums gather money by robbing empty houses. Alex, played by Dylan Minnette, Rocky, played by Jane Levy, and Money, played by Daniel Zovatto, are a canny group of three who hone their robbing skills each time they break into different houses. One day, they spot a blind old man, played by Stephen Lang, heading home, and set him as their next target.

They imagine robbing a house cannot be easier than this one, until the blind man wakes up and startles them with his other acute senses. The man may not be able to see, but he hears and smells better than a dog.

The crafty youngsters get stuck in the dark house, unable to see a thing - only able to hear the footsteps of the merciless old man.

“Don’t Breathe” is bound to make audiences hold their breath as the characters try to hide and escape from the old man’s house.

The desert is merciless. There’s practically no water, no shelter, and most of all, no one to turn to in times of trouble. Moises, played by Gael Garcia Bernal, sets out on a journey with others to seek a better life, heading north from Mexico to the United States. While he crosses the border, his promising journey turns into a matter of life-and-death when, in the blink of an eye, a bullet hits his friend’s heart.

In a vast land with nowhere to hide, Moises desperately escapes the eyes of the killer, whilst still hoping to safely cross the unrelenting border and see his beloved son. He tries to remember his sole reason to survive by holding onto the stuffed teddy bear his son gave him. Even this cannot help him when, just as he ducks down behind a rock standing between himself and the killer, he inadvertently presses the stomach of the bear, which begins to play a loving but terrifying song.

A comedy bound to continue the warm feeling of friendship in the film “Untouchable” (2012) is awaiting audiences. “Highway to Hellas” is a must-watch for those who wish to cuddle up amid the autumn chills with their friends and families.

Bank teller Jorg, played by Christoph Maria Herbst, sets out on a business trip to an island in Greece to confirm if the islanders are using their loaned money for its intended purpose. They had borrowed the sum to run a project for the island, but the carefree locals only tease him for being so “German” and meticulous when he tries to track down the use.

Each day of Jorg’s efforts to inspect the island ends as if the islanders are playing a prank on the investigator, and despite his failed attempts, Jorg finds himself becoming a part of the relaxed and carefree lives the locals enjoy.

The inflexible man in a gray-colored suit slowly opening his eyes to freedom is expected to relieve the audience of their stress and worries.

The Dutch couple Simone, played by Loes Haverkort, and Eric, played by Mark van Eeuwen, and their two children move to an old mansion in a country village in France. They expect a French dream, only to meet with villagers who mysteriously avoid the family.

While they are confused amid the wary atmosphere, Peter, played by Peter Paul Muller, lends a hand to the couple to help out with renovating the house. With Peter’s support, the family slowly begins to adjust to the new environment. But just as they seem to be finding peace, Simone is warned by a villager to stay away from Peter.

The confusion only doubles when a captivating young man Michel, played by Pierre Boulanger, appears in front of Simone and seduces her.

Michel shows Simone a dreamlike world she hasn’t experienced in years due to work and her family business, and she finds herself letting him hold onto her hand, sparking a romance that may pose a threat to her marriage and her future with her family. 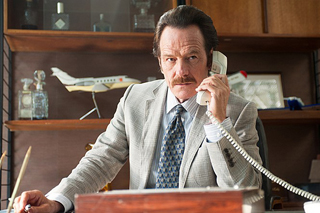 Based on a true story, U.S. Customs agent Robert “Bob” Mazur, played by Bryan Cranston, takes charge of a massive drug cartel case, which is responsible for 80 percent of the illegal drugs flooding into the United States.

In order to arrest the key figures in the group, Bob disguises himself as a successful businessman named Bob Musella. He gains the group’s trust by doing dirty work for them, not to mention money laundering. He spends night out with them and they watch games together to improve their camaraderie. Bob slowly becomes good friends with Roberto Alcaino (Benjamin Bratt), who’s in charge of the biggest drug distribution network in the United States.

The undercover investigation flows smoothly with Bob and Roberto putting their arms around each other’s shoulders, until Bob files a lawsuit leading to the prosecution of 85 drug dealers and unscrupulous bankers who laundered their money.

In a shady world where even a slight mistake can cost one’s life, Bob tries with all his might to successfully end the case. Will Bob safely escape from the corrupt world, or meet a different end he’d never imagined?

We get on planes for many reasons - a few days away from our mundane lives, to learn of a new world, to visit loved ones, after a goodbye from a beloved friend or family member, and countless other reasons. Whatever it may be, due to the heights we soar to, it is not easy to shake off the wish for a safe flight with each footstep toward the gate.

“Sully” confronts one of the greatest fears that we hold. A jet carrying 155 souls, including the pilot Sully (Tom Hanks), experiences a dual engine loss at a lower altitude than any other jet in history, 580 meters (2,800 feet).

Determined to save the lives of his passengers, Sully heroically lands the jet on the Hudson River, only to be questioned by the media and public ready to label him as a “caped hero” or a “troubled pilot”.

Holding touching moments as well as dramatic scenes, the film, which is based on a true story, is expected to draw a wide range of viewers, from action lovers to those who enjoy thought-provoking films.

“Breathing Underwater” features the strongest women on both land and sea - haenyeo (female divers). These women hold their breath throughout their dive to collect seaweed and other marine life. An experienced haenyeo can hold her breath up to three minutes under water, coming back to the surface with a handful of seafood. They dive to earn a living, but some end up losing their lives in the waters.

Some have seen their friends never swim back up, and some have had no choice but to dive into the waters that took the lives of their daughters.

Taking seven years to produce, the documentary film looks at the everyday life of haenyeo, from their proudest moments to their saddest times. It also fills the screen with the clear blue waters of one of the most beautiful places in Korea, Jeju Island. 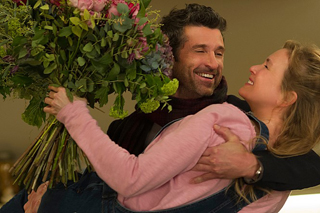 She might have gotten older, but her dilemma between two men continues.

After five years of sad nights following her breakup with Mark Darcy, played by Colin Firth, Bridget Jones, played by Renee Zellweger, falls in love with the charming CEO of an online matching company, Jack, played by Patrick Dempsey. Just when she lies in bed savoring the smooth love life she’s having, she finds out that she is pregnant. The problem is, she is unsure who the father is. Is it Mark, after their night together at a party, or Jack, her boyfriend?

Following “Bridget Jones’s Diary” in 2001 and “Bridget Jones: The Edge of Reason” in 2004, this is the third installment of the series, making a grand comeback after a 12-year gap. Those who laughed along with Bridget in the previous films are welcome to sit back and relax once again with the (maybe) more mature Bridget.

The director of the first movie in the series, Sharon Maguire, is directing this year’s movie, adding to the nostalgia both the audience and actors are feeling with the joyful return of the film.