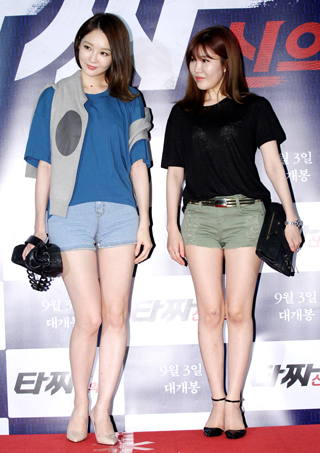 The singing duo Davichi will return with a brand new mini-album “50 X HALF” on Oct. 13. The duo announced on their official Instagram that their newest single will be voted on by fans in a Naver online poll.

Voting for the latest single will run for a week, giving fans ample time to select their favorite type of track. The two candidates are: addictive ballad and healing ballad.

The duo also released video teasers for their comeback on Friday. The theme for the new album being that the two members have always been together, the two trailers featured both members in separate videos alone, showing subtle hints of loneliness.

The group’s return will mark their return to the music industry after a 20-month hiatus. Their previous studio effort, “DAVICHI HUG,” was released in 2015.

The vocal group debuted in 2008 with their first studio album, “Amaranth.”