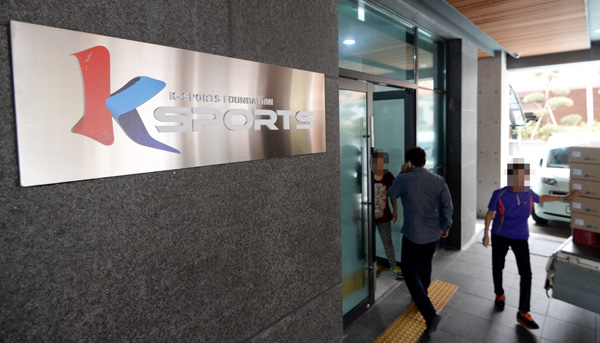 The nation’s largest business lobby group said Friday that it will dismantle two scandal-ridden nonprofit foundations and launch a new project, following accusations that associates of the president were involved in the groups’ creation, operation and fundraising. Critics, however, said the move is an attempt to destroy relevant evidence. 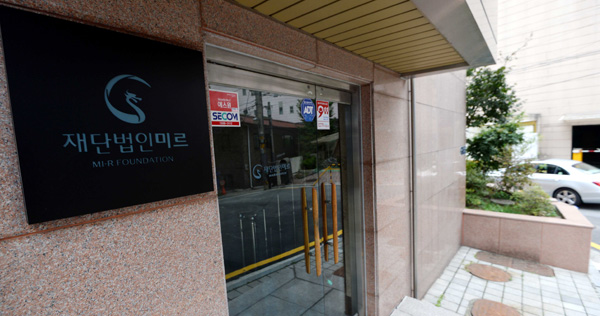 Opposition lawmakers have said Choi Soon-sil, a longtime friend of President Park Geun-hye, used her influence over the creation and operation of the foundations. They also accused An Chong-bum, presidential senior secretary for policy coordination, for having strong-armed conglomerates to make massive contributions.

The FKI said the two foundations have many overlapping projects and various management and organizational inefficiencies were shown. After dismantling the two, a new foundation with 75 billion won fund will be created, it said. “The amount is the combined funds of the two groups,” an FKI source said. “There will be no new fundraising.”

It also promised to appoint directors of the new foundation transparently and make public the audit outcome of its financial operation.
The opposition parties condemned the FKI’s move as an attempt to destroy evidence.

“The bank accounts linked to the two foundations will disappear during the process of dismantlement,” said Rep. Kim Young-joo of the Minjoo Party. “The two foundations are trying to launder suspicious records. They must immediately lay bare how they operated the 78.8 billion won of funds until now.”

Rep. Lee Jae-jung demanded the Blue House to come clean about the scandal. “The FKI’s plan is a de facto admission that it will destroy evidence of the administration’s involvement,” he said.

“They are trying to do the same thing under a different title,” Rep. Park Jie-won, acting head of the party. “The FKI is distrusted by the public because of its shameless practices. There is no need to create another foundation, and the money should be returned. If the companies want to make contributions to society, they should do it voluntarily. There is no need for powerful people to strong-arm them.”
The FKI’s plan to dismantle the foundations to create a new one will also face procedural difficulties. Following the scandal, all members of the board of the K-Sports foundation resigned, making it legally impossible to hold a meeting to approve its termination. Handing over its funds to the to-be-launched foundation also requires the approval of the board.

The Mi-R Foundation still has a board of directors, and it won’t face procedural difficulties.

Meanwhile, the prosecution said it may still investigate the scandal based on a petition filed by a civic group, even if the two foundations are dismantled. Spec Watch Korea filed a petition to the Seoul Central District Prosecutors Office on Thursday to investigate Choi, An, Chairman Huh Chang-soo of the FKI and other businessmen over the accusations of bribery.

“Although our arraignment right over the foundations will be terminated after their dismantlement,” a prosecution source said, “we can still investigate the individuals involved and prosecute them.”