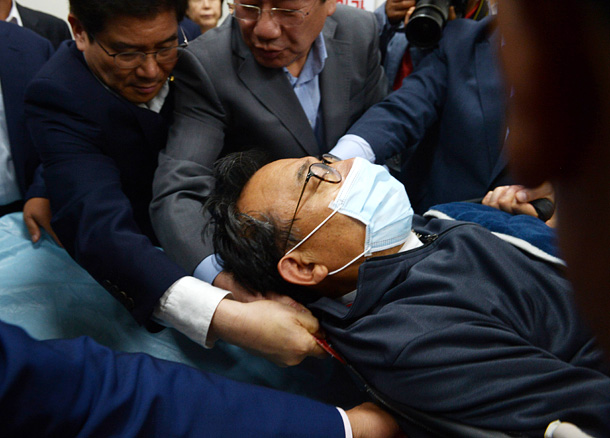 Saenuri Party Chairman Lee Jung-hyun is wheeled away, surrounded by lawmakers, to be taken to a hospital Sunday after ending a seven-day hunger strike at the National Assembly in western Seoul, coming after the ruling party said its lawmakers will end their boycott of a parliamentary audit of the government. Opposition Minjoo Party of Korea Chairwoman Choo Mi-ae earlier in the day visited Lee, who began a hunger strike last Monday to demand that National Assembly Speaker Chung Sye-kyun resign after the opposition passed a resolution to dismiss the new agricultural minister. [NEWSIS]