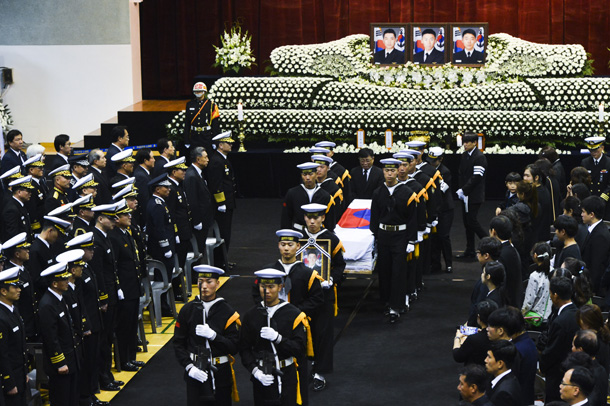 A funeral for the three Korean soldiers who died after a Lynx helicopter crashed into the ocean during a joint maritime drill with the U.S. military last week is held Sunday at the Armed Forces Capital Hospital in Seongnam, Gyeonggi. The ceremony was attended by some 600 military officials. [KIM KYUNG-ROK]