Looking beyond the bomb

Looking beyond the bomb 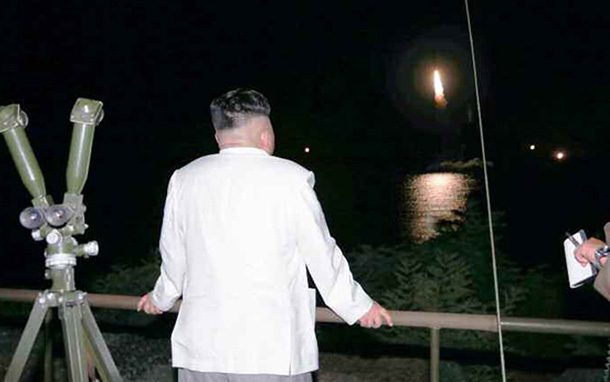 Seoul’s policy on North Korea is only focused on its nuclear program. The South Korean government has already decided that Pyongyang is not worth talking to and only pursues sanctions and pressure. Thus, officials who have different opinions from President Park Geun-hye have to remain silent. If they speak up, they may suffer consequences.

From Wednesday to Friday, the international conference “Sustainable Development in North Korea” will be held in Pyongyang. The Canada-DPRK Knowledge Partnership Program and North Korea’s Ministry of Land and Environment Preservation will jointly host the event. The program is an academic exchange that the University of British Columbia (UBC) started in 2011. This year, 16 experts from the United Nations and eight countries in North America, Europe and Asia are attending. On the North Korean side, 130 officials and scholars, including 12 environmental experts, will be at the conference.

From North Korea’s standpoint, this is no special event, just another conference attended by government officials and foreign experts. Some may say it was insensible to hold such an event when the international community imposed sanctions after its fifth nuclear test. But this is a short-sighted opinion. The conference deals with global environmental issues such as climate change, forest management, waste treatment and water resources management. For sustainable development, the environment is an indispensable issue. North Korea may be economically struggling, but it is now starting to think about global issues.

North Korea recently suffered serious flooding in North Hamgyong Province. According to a report by the UN Office for the Coordination of Humanitarian Affairs, North Korea suffered 200 casualties and damage to 50,000 homes and buildings. The flood damage shows North Korea can no longer neglect environmental issues, and Pyongyang has invited foreign experts to learn from them.

While Seoul is obsessing over the nuclear program, foreign organizations are teaching and helping North Korea on global issues. UBC Prof. Park Kyung-ae, director of the Canada-DPRK Knowledge Partnership Program, says there are no borders when it comes to environmental issues, and the conference will be a great opportunity for North Korea to learn how to cooperate with the international community by meeting with international scholars and exchanging meaningful and productive opinions on sustainable development.

While Seoul clings to Pyongyang’s nuclear program and neglects other issues, foreign organizations are already establishing themselves in the North. We often mistakenly assume that once the peninsula is reunified, we will be dominant in North Korea. But there are many players, and we need to look at other problems, not just the nuclear issue.