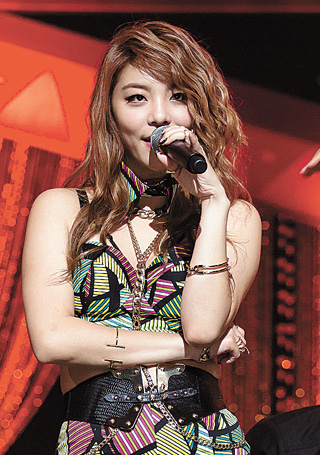 The release features artists such as singer Yoon Mi-rae and Eric Nam. The songs off the new mini-album also mark a shift from the singer’s usual pop style towards a more modern hip-hop sound.

The title track off the new release, “Home,” is produced by the creative team behind her previous single “NoNoNo.” The song features a stylistic blend of genres including R&B, which is a new direction for the singer.

The artist made her debut in 2012 with her single “Heaven,” and took home the Best New Female Artist Award from the Mnet Asian Music Awards during that year, as well as the Best New Artist Award at the Golden Disk Awards in 2013. She is currently a judge on Mnet’s music audition program “Superstar K 2016.”

The artist’s comeback performance for her new track will air live on Mnet’s music program “M Countdown” on Thursday.