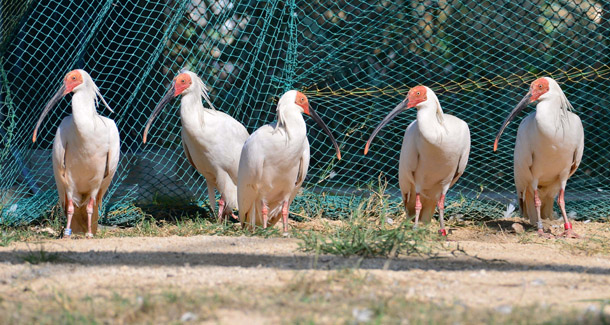 Upo Korean Crested Ibis Restoration Center shows crested ibises, Korean Natural Monument number 198, to the public at a restoration center for birds in Changnyeong, South Gyeongsang, on Tuesday. A pair of crested ibises brought from China in 2009 successfully hatched their eggs and the number of crested ibises has now reached 171. Some of them were transferred to an aviary to help them become familiar with natural environs. The ibises will be released to the wild in October of next year. [SONG BONG-GEUN]