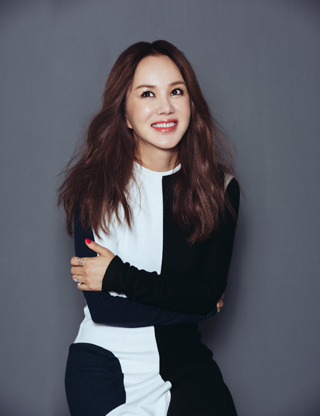 Actress-singer Uhm Jung-hwa will make a return after eight years since the release of her 2008 single “D.I.S.C.O,” which featured Big Bang’s T.O.P.

According to Uhm’s agency, Mystic Entertainment, on Wednesday, the singer is in the final stages of recording a new album after a year of work. Among those featured on the album will be singer Lee Hyori.

The production for the new record will be handled by Cho Young-cheol, known for his work with K-pop acts like IU and Brown Eyed Girls. He is well regarded as being a hit maker in the industry, especially with female artists.