On a mission to maintain prestige

On a mission to maintain prestige 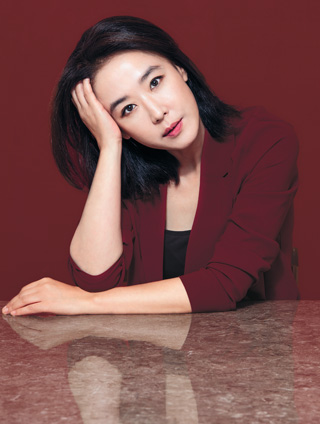 The 21st Busan International Film Festival (BIFF) kicks off on Friday. Although there have been doubts whether the event will happen at all, executive operating officer Kang Soo-youn, 50, has managed to sail through its hardships and continue the legacy of one of the top film events in Asia.

BIFF has been plagued by scandals and disputes over the past two years between the host city and the festival.

“I have seen the festival take place since its beginning [in 1996],” said Kang. “When I heard that it was on the brink of disappearing, I rushed myself into helping it find its place again.”

The JoongAng Ilbo interviewed Kang to get her insight on the eve of the festival. Below are edited excerpts from the interview.

Q. There are still figures from the movie industry who claim they will boycott BIFF.

A. Some organizations who have called off their boycott have made it a lot easier for the Korean movie industry. As an organizer of the film festival, I wish they would participate in any way, but I fully respect each and every one of their decisions. After all, BIFF is fighting for freedom of expression. I’m making an effort by communicating with the film industry. To be frank, when the crises kept popping up, I couldn’t even sleep at night. But I could never give up on holding the festival, even if I had to do so with only a tent by Haeundae Beach.

Some say that we need to eradicate the problems BIFF has been going through, even if it keeps the festival from being held this year.

The reason why BIFF was able to attract diverse films from many Asian nations and cultures was because it has constantly built up the trust and expectations of the global movie industry over the past 20 years. But the moment we skip a year without holding the event, our festival will fall behind those from China, Japan, Hong Kong, or other Asian nations. [The festival’s controversies] have made figures from foreign movie industries anxious. It is important for us to reassure them this year by holding a successful event.

There are figures in the movie industry who demand an apology from Suh Byung-soo, the mayor of Busan, so that Lee Yong-kwan, the festival’s previous director, can regain his reputation.

There’s this typical sentiment that Korean politicians hold. For us, who work in the movie industry, BIFF means everything, but for them, it doesn’t. Things that should not have occurred ended up happening over the past two years. In order to keep this from happening again, we need to think of a future-oriented plan. We can’t make every choice from a film industry figure’s point of view.

Government subsidies have been cut over the past two years. Don’t you think this means that BIFF should establish financial independence?

Film festivals turn into commercial events if they focus on profit businesses. BIFF has been centered on discovering and fostering talented movie directors from Korea and Asia. If this trend continues, BIFF deserves to be supported by the nation, and not only financially.

What kept you going during times of trouble?

For all my life as an actor, I have lived comfortably. I could choose not to see people if I didn’t want to, and I could act like I wanted to. But I realized that this wasn’t everything when I started working for BIFF. To be frank, it was very hard. I still sometimes regret deciding to take the role as the executive operating officer. But it’s the audience and industry who suffer if something goes wrong with the festival. Above all, I felt sorry for everyone who has worked for BIFF for the past 20 years. Those who have worked so hard to establish the foundation of the event, and the skilled staff who have put in their best effort are only getting scolded from both inside and outside of the movie industry. Aside from being the executive operating officer of the event, I feel a duty to take responsibility as a figure from the Korean movie industry.

What do you suggest BIFF should aim for in the future?

It’s hard to find another film festival where such sophisticated audiences socialize with those in the film industry. It is of utmost importance for BIFF to maintain the reputation that we are a place to show high-quality films. I hope it goes on like this for the next 100 years.