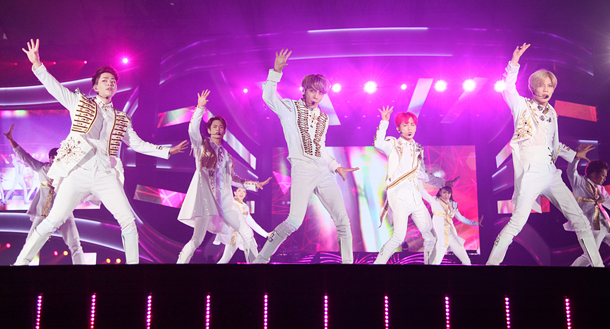 Boy band SHINee took the top spot on multiple iTunes music charts in a number of countries after the release of their latest album “1 of 1” on Wednesday.

The group hit number one in a total of seven nations, including Thailand, Singapore, Indonesia and Chile. The boy band also debuted at the top of the domestic album charts, which included the Hanteo Chart, Synnara Records, Kyobo Book and Hottracks.

The album was produced by internationally renowned creative teams including The Underdogs, Stereotypes, LDN Noise, and SM Entertainment’s own Kenzie. The lyrics of many of the songs on the album were written in part by the members themselves, and the project showcases their musical tastes.

The boy band returned with their first live performance of their latest single on Oct. 6 through the Mnet music program “M Countdown.” They will appear tonight on KBS’s “Music Bank,” and are expected to extensively promote their new record.