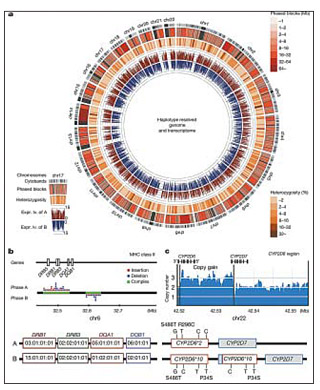 A group of researchers has nearly completed a full DNA sequence of the Korean human genome, taking a major step toward a complete genetic map that could aid development of population-specific medicine.

The project, led by Seoul National University Prof. Seo Jeong-sun, is considered meaningful because it provides genetic data specific to individuals of an Asian ethnicity and fills a gap in DNA research.

Nature described the latest work as “the most contiguous human genome mapped to date, providing a population-specific reference to genomic and vital data for genetic scientists generally.”

Presently, the most widely-used reference genome, called GRCh38, is primarily based on research into people of European and African descent.

“Although many people have had their genomes sequenced, non-Europeans are significantly underrepresented in the overall pool,” the journal noted.

The new genome map will serve as an important tool for medical research among Asian populations, as it could lay the foundation for predicting disease susceptibility and drug response. 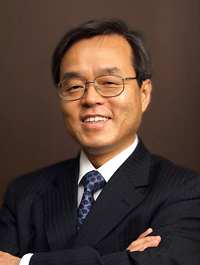 The research made leaps from previous efforts that failed to investigate the full range of DNA variants.

“Although the human genome has been decoded before, the sequence is far from complete and varies across populations,” Nature said in a statement. “Some parts of the genome are harder to read than others, meaning there are gaps in the sequences that have been produced.”

The research team identified 18,210 genetic variations when directly comparing them with the GRCh38 reference genome and found “thousands of breakpoints” that have not been reported before, indicating that they could be unique to Koreans and Asians more broadly.

Breakpoints refer to locations in a chromosome that are prone to damage due to structural changes in the genome.

The lead researcher expects the new findings to contribute to development of new medicine catered to specific populations in Asia. “The completion of a high-resolution Asian genome map will become the key resource to develop precision medicine in Asia,” Seo said.
The research team used a set of new sequencing technologies, including single-molecule and long-read sequencing, as well as next-generation mapping.

Professor Seo serves as a researcher at the Genomic Medicine Institute at Seoul National University and as a professor in the college’s medicine department.

The research could become part of a large cross-border project known as the Genome Asia 100K Initiative.

The project, with a budget of 120 billion won ($107 million), is a nonprofit consortium with members from 19 Asian countries analyzing over 100,000 DNA sequences of Asians.