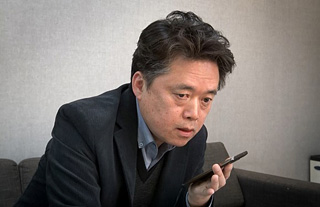 The National Intelligence Service (NIS) works hard for the security of the nation and its people. It is also where the most powerful people in the country come in and out of. But what happens if the agency lies to the public?

News producer Choi Seung-ho, the director of the film, aims his camera at a case that shocked the public in 2013. The case begins with North Korean defector Yoo Woo-seong being arrested for espionage, based on the confession of his sister Yoo Ga-ryeo. Her confessions, however, proved to be false a few months later, when she disclosed that she was hit and threatened by the NIS to give false statements.

The inconvenient truth lying beneath layers of manipulation is revealed through Choi’s bold film.

A terrorist attack is threatened to occur in Paris on the most celebrated holiday of the year, Bastille Day. With only 36 hours until the big day, the city shudders in fear.

An unlikely duo meets up to save the day - veteran CIA agent Sean Briar, played by Idris Elba, and pickpocketing genius Michael Mason, played by Richard Madden. Michael is tracked down by the CIA when he gets caught stealing a bag that was not only full of money, but also had a bomb in it. During investigations, Sean, however, eventually goes against the CIA’s orders and recruits the pickpocket to help him save Paris from the potential tragedy.

Packed with action scenes such as people jumping to and from rooftops in Paris doubles the excitement of this thrilling storyline, but the film has more than just non-stop action. The characters are an interesting point to focus on while watching the film, adding a bit of humanity and drama to this action flick. 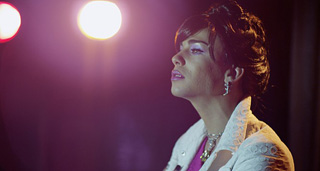 Jesus, played by Hector Medina, has been living alone as a hairdresser in a slum in Havana, Cuba, since he was little. He’s a timid boy who has always thought of himself as useless and weak, but one day starts to dream of becoming a performer while doing the hair of drag queens.

As Jesus gets more and more excited about his new inspiration, he auditions to be on stage, and finally gets a chance to sing in front of people. His bold performance, however, encounters an unexpected hardship when a man appears from the crowd to punch Jesus in his face - the man turns out to be his father who ran away 15 years ago.

Angel, played by Jorge Perugorria, is Jesus’ father, and is also a former boxer. The macho man is embarrassed by his son performing as a drag queen, which doubles the hardship Jesus goes through with the sudden return of his dad who he has never spent time with before.

As the encounter of the father and son begins with a punch to the face, the two go through conflicts stemming from their different traits. In spite of the painful difficulties, however, Jesus cannot let go of his passion to continue singing on stage.

Three men and a woman of similar age head to a photo studio to take what seems like a family photo. A bit awed by the bizarre combination, the photographer asks what kind of group they are. The woman answers, “They’re my boyfriends.”

For Ik-joon, Jeong-beom, and Jong-bin, played by Yang Ik-joon, Park Jeong-beom, and Yoon Jong-bin, Ye-ri (Han Ye-ri)’s pub is the best place to take a rest and enjoy small talk. The three clumsy men all cherish the beautiful Ye-ri, who lovably plays around with them. From a certain angle, it almost seems like Ye-ri is the three men’s little sister.

As the opening film of the upcoming Busan International Film Festival (BIFF), this black-and-white film is surrounded by a buzz. The director of the film, Zhang Lou, received the New Currents Award at BIFF in 2005.

The cast is also unique in that the three men are all played by renowned film directors. They all have acting experience in their own movies, but this is the first time they have been cast together as actors.

Christian Wolff, played by Ben Affleck, is thought to have autism, but turns out to be a savant-like figure similar to Einstein, Mozart, or Picasso. His genius lies in numbers, and he later uses this ability by becoming a freelance accountant looking after drug cartels’ dirty money.

But this isn’t the only shady work that Christian does. During the day, he’s an accountant in his tie and suit, and at night, he becomes a merciless killer, helping the world’s most dangerous criminal organizations. As he goes on with his double life, the police grows suspicious of Christian. 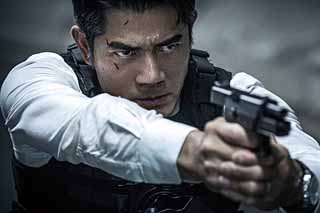 After a secret project named “Cold War,” to crush a terrorist plot is completed, Hong Kong thought it would find itself peaceful once again. But then, an abduction case breaks, with the villain requesting the police chief Sean Lau, played by Aaron Kwok, to release psychotic killer and terrorist Joe Lee, played by Eddie Peng. Sean follows the villain’s orders, only to fall into the villain’s trap and lose Joe Lee.

Oswald Kan, played by Chow Yun-fat, a lawyer involved in the case, however, senses that the release of Joe Lee was just a cover-up for a hidden dark society, and begins to dig deeper into the case.

As a sequel to the Hong Kong megahit “Cold War 1” (2012), the film is drawing worldwide attention, thrilling audiences who have waited for four years for the next part of the story. The war between rival police chiefs is yet to end, with rumors that a third movie is already being prepared. 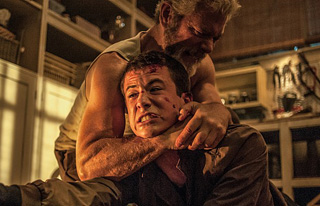 For those who enjoy a chill-inducing thriller, here comes “Don’t Breathe,” much acclaimed for the suspense that holds viewers at the edge of their seat throughout the story.

Teenagers who long to escape their life in the slums gather money by robbing empty houses. Alex, played by Dylan Minnette, Rocky, played by Jane Levy, and Money, played by Daniel Zovatto, are a canny group of three who hone their robbing skills each time they break into different houses. One day, they spot a blind old man, played by Stephen Lang, heading home, and set him as their next target.

They imagine robbing a house cannot be easier than this one, until the blind man wakes up and startles them with his other acute senses. The man may not be able to see, but he hears and smells better than a dog.

The crafty youngsters get stuck in the dark house, unable to see a thing - only able to hear the footsteps of the merciless old man.

“Don’t Breathe” is bound to make audiences hold their breath as the characters try to hide and escape from the old man’s house.