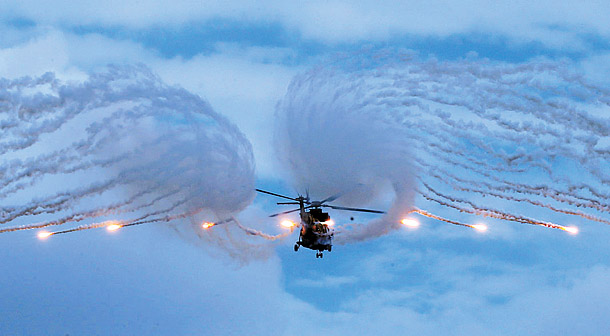 A Surion attack helicopter of the Korean Army fires several rounds of missile decoy flares in a media day event held at a field in Yangpyeong County, Gyeonggi, on Friday. It was a preview of the Army’s first competition to choose the best attack helicopter pilot. [KIM SANG-SEON]