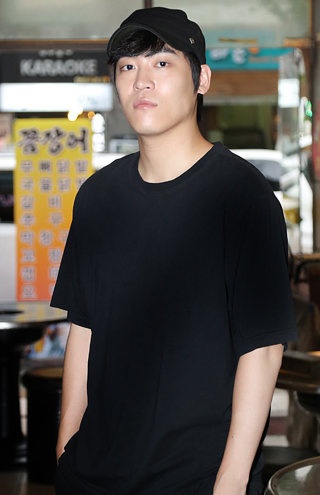 John Park pretty much became a star overnight, after he won people’s hearts with his sweet voice on “Superstar K” in 2010.

Immediately after the show ended, he appeared in a number of TV commercials commonly reserved for A-list stars. Talent agencies also competed to sign him to a contract.

He surprised many people with his “dumb” image on several entertainment shows. His fans, of course, found that endearing. In fact, since in reality he is fairly intelligent, having studied economics at Northwestern University, people were amused to find that this seemingly perfect guy is human.

Still, Park is a musician. He signed with Music Farm, a talent agency that only manages some of the most serious and focused musicians like Kim Dong-ryul, Lee Juck and Kwak Jin-eon. The agency is known to help musicians really delve into their musical potential and Park did that too.

“Looking at artists like Kim Dong-ryul and Lee Juck, I really became ambitious and a lot of the time I was not happy with my songs,” he told Ilgan Sports, a Korea JoongAng Daily affiliate, in a recent interview. “But that can also be a problem because I tend to procrastinate when it comes to releasing albums for that reason.”

The good news is that Park will be having a solo concert later this month, his first actually. He has often appeared at other concerts as a guest. And naturally, many musicians have offered to make guest appearances at his upcoming concert in return - all of which he refused politely. Park will be the only one singing at his concert.

“I don’t mean to be cocky, but I want my concert to be a time only for me and my fans,” he said.

Below is what he said further in the interview and what we can expect from his upcoming concert.

Q. What made you want to hold a solo concert?

A. Finally I have enough songs to organize a good concert. If I had a concert before, I would’ve sang only cover songs. Also, I think there’s more we can talk about now.

Is there something special we can expect?

Not much. There won’t be anything special. It’s going to be a concert that will focus solely on my music, without any over-the-top revisions to the original songs or special effects in the presentation.

he song you released in July, “Thought of You,” is getting good reviews. Did you know it’s ranking well in music charts?

I don’t check music charts daily. My friend told me and that’s how I found out. It’s a surprise to see it still on the top ten list several months after it’s been released.

It seems you are not releasing albums that often. Why is that?

I am continuously working on my music. In fact, I was going to release an album last year, but I had an arm injury, which led to the cancellation of the shooting of the music video. That’s what caused the delay.

Then what happened to the songs? Are you keeping them?

Yes, but I’m still improving them. I hope to release them as singles and then in the end as a studio album. The good thing about an album being postponed is that you have a good stock of songs.

Why don’t you sing on music shows?

At one point, it hit me that it’s not where I should be. Those who perform on music shows invest a lot of time practicing for just three minutes or so on the show. They also lack sleep, appearing in one music show after another. Think of all the musical content I can create in those hours. Also I’m not the pretty face or a great performer (laughs).

People say audition shows including ‘Superstar K’ are in a downturn. What’s your take?

There certainly was an overflow at that time. Although “Superstar K” was the first of its kind in Korea, when others began to appear it should’ve made new attempts.

I also think it’s unfortunate how they improve the vocals. What viewers hear on TV and what we hear on the site are quite different. On TV it sounds perfect, but that may not have been the case on the stage. That’s why sometimes people can’t really relate to what the judges say.