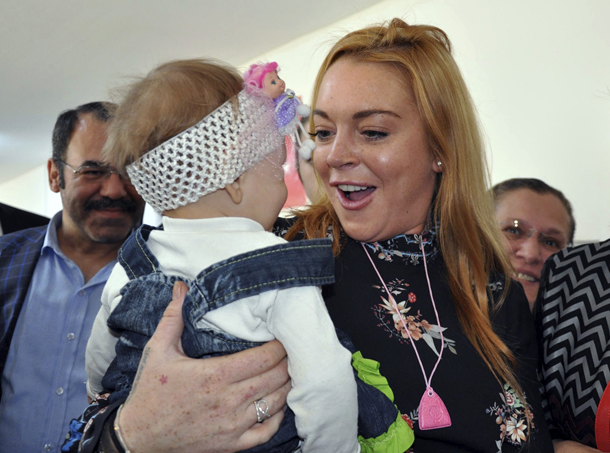 The Anadolu Agency said Saturday the U.S. actress toured the social facilities and preschool in Nizip before giving refugee children there presents. She also visited an art and handicrafts workshop where she talked with the female students.

Around 5,000 Syrian refugees live in container homes in the camp, which was visited by British Foreign Secretary Boris Johnson in September and German Chancellor Angela Merkel in April.

Anadolu Agency said Friday that Lohan had visited a book fair in Istanbul`s Sultanbeyli district where she bought books for the refugee children.

The actress has been visiting refugee families and facilities around Turkey for the past two weeks.