Director says there is no better character than mom

Director says there is no better character than mom 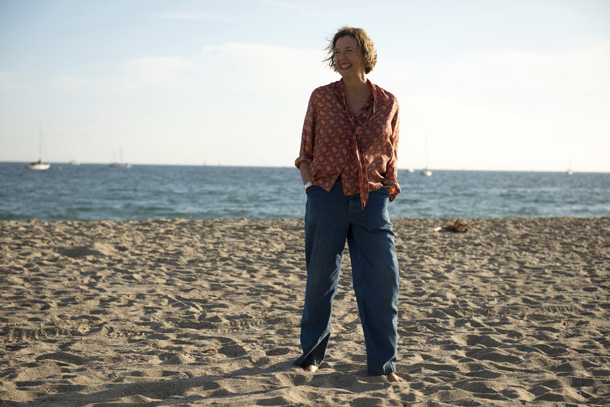 Annette Bening in “20th Century Woman” a film about three women who explore love and freedom in Southern California during the late 1970s. Along with Bening, the film stars Greta Gerwig and Elle Fanning. The film made its world premiere at the New York Film Festival. [AP/NEWSIS]

NEW YORK - Director Mike Mills had some advice for his audience at the New York Film Festival: Make a movie about your mom.

Mills premiered his “20th Century Woman,” starring Annette Bening, on Friday at Lincoln Center, where his film is playing as the festival’s centerpiece. In it, Bening stars as Dorothea Fields, a woman born during the Great Depression who’s raising her 14-year-old son (newcomer Lucas Jade Zumann) by herself in 1979 California, albeit with the help of the colorful tenants (Greta Gerwig, Billy Crudup) living in her old Santa Barbara home.

The film is a lushly lived-in coming-of-age dramedy about a mom and her son, told with a keen eye to how historical currents shape emotional lives. Mills, at a press conference Friday, said the movie could be reduced to “‘As Time Goes By’ meets the Buzzcocks.”

Mills, the writer-director of “Beginners,” said he wrote “20th Century Woman” primarily as a love letter to his mother.

“You all should make movies about your mom because it’s really a trip,” said Mills. “And then have an amazing actress do it.”

The film, which A24 will release Dec. 25, has been lined up as an awards season contender, with Bening’s lead performance particularly trumpeted. Her Dorothea is part a cigarette-smoking traditionalist (she tells her son: “Wondering if you’re happy is a great shortcut to being depressed”), and part an open-minded child of the 1960s, willing to try dancing to both the Talking Heads and Black Flag.

Bening was 19 during the film’s time period, but grew up in San Diego near the movie’s coastal setting.

“My world was a different world than this world that I grew up in, but the time was the same,” said Bening. “I loved the script because I thought it contextualized that period for me in a way that I had never seen.”

The challenge of playing the part, Bening said, was in finding the character herself while also being faithful to Mills’ descriptions of his mother. The balancing act, she said, was “fascinating but not easy.”

“To me Dorothea was very much Annette, in body and timing and soul,” said Mills. “It was fun to sort of show her my mom, always saying to her to take what’s interesting and dump the rest.”

Mills said he was inspired not just by his mother, but other women in his life, who he interviewed almost like a journalist. Their stories informed other characters and scenes.

“I’m very much trying to base everything on real women,” said Mills. “Ultimately, I’m a straight white cisgender male guy trying to write about women, but I can only go so far. I’m on the outside looking in. I was trying to make those limitations of my perspective part of the story.”