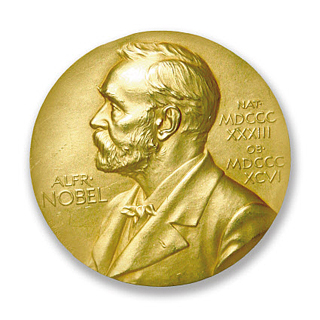 In 1951, U.S. central bankers re-established their autonomy after almost two decades of taking orders from the Treasury Department with the Treasury-Federal Reserve Accord. In 1955-56, the German Bundesbank, which had its autonomy guaranteed in the country’s new constitution, successfully withstood a political assault from Chancellor Konrad Adenauer.

In Stockholm, the governor of the Riksbank, Per Åsbrink, looked on longingly. The Swedish central bank was directly controlled by the elected government. Åsbrink had been appointed by the Social Democratic Prime Minister Tage Erlander in 1955, and was expected to do Erlander’s bidding.

In July 1957, Åsbrink tried to unilaterally declare independence, with a 1 percent increase in the discount rate. Erlander was furious. He didn’t try to fire Åsbrink, because it would have created too much of a stink, but he dictated an accord that made clear that the elected government was in charge of interest rates and that the central-bank governor “must assert himself through the strength of his arguments or by threatening to resign just as any other head of a department in a government.”

So Åsbrink backed off, bided his time and identified another potential source of independence for the Riksbank — the income it received on its government bond holdings. The Swedish parliament pushed the bank to hand all the money over to the treasury, but Åsbrink objected that it was needed for trading and lending — and also to set up a scientific research foundation and celebrate the bank’s 300th anniversary in 1968. Parliament still took most of the money, but left some for the bank.

Then, as the anniversary approached, the central bank governor had an even better idea.

“Åsbrink was a man of wayward brilliance and impulsive coups. He disliked handing back so much money. Would it be possible to use it for a Nobel Prize in economics?”

That quote, and all of the history above, is from “The Nobel Factor: The Prize in Economics, Social Democracy, and the Market Turn,” a fascinating if uneven new book by economic historians Avner Offer of the University of Oxford and Gabriel Söderberg of Uppsala University. With the economics Nobel to be awarded on Monday, it is of course timely reading.

Åsbrink asked the Nobel question of a young economic adviser, Assar Lindbeck, and Lindbeck’s response was that yes, a Nobel economics prize could work. Then Lindbeck set out to make it happen. He got in touch with the economist members of the Royal Swedish Academy of Sciences, which selected the Nobel winners in chemistry and physics, and they liked the idea — although it took them a while to persuade the academy’s physicists. He then went to work on the Nobel Foundation, the board of which was full of businessmen, and they liked the idea too — especially when the Riksbank offered to hand over not only the prize money (which is 8 million Swedish kroner, or $930,000, this year) but also an annual fee amounting to 65 percent of that. The final hurdle was the oldest-surviving descendant of dynamite-maker-turned-benefactor Alfred Nobel, who grudgingly assented but insisted that the prize be called “The Prize in Economic Science in Memory of Alfred Nobel.” As Offer and Söderberg write: “This showed a remarkable presence of mind, since the awkward title has continued to tarnish the award ever since.”

Offer and Söderberg aren’t exactly out to tarnish it further. They don’t think economics is much of a science, but they do think that it’s important — and that the economics Nobel committee, with the abovementioned Lindbeck playing a central role for the first 25 years, has done a creditable job of picking winners who have strongly influenced the field yet don’t all fall in one political or methodological camp.

The Riksbank finally did get its independence in 1999, and around the world policy makers’ focus shifted from fighting unemployment to fighting inflation, with central bankers playing an ever-more-prominent role. It is possible to explain all this without the intervention of the Nobel prize — the raging inflation of the 1970s seems to have played a pretty big role in changing people’s priorities. But it is interesting to contemplate the role that a frustrated central banker’s brainstorm may have played in shaping the economic world we live in today.