Actress Jo An to get married at The Shilla

Actress Jo An to get married at The Shilla 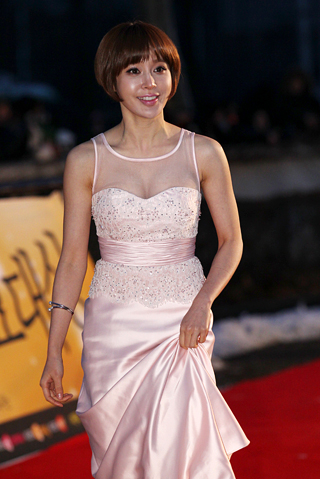 Actress Jo An will get married to her boyfriend on Oct. 28.

According to a wedding planner from iWedding on Oct. 10, the two will hold their wedding at The Shilla in Jung District, central Seoul, and are slowly planning out the details for the event.

“The groom is three years older than Jo, and is an ordinary worker in an IT company,” said an official from the actress’ agency DoDo Entertainment. “The two started off as close friends, and became a couple last year. She fell in love with his humility and gentle nature, which is why she decided to marry him.”

“We will work towards starting a happy family, one that both respects and cares for each other,” said the actress. “I will also try to show a more mature side of myself as an actress.”

Jo made her acting debut through the KBS drama special “Drama City” in 2001. The news of her marriage marks another in a recent trend of female celebrity marriages taking place in October, which includes girl group Brown Eyed Girls member Narsha and actress Kwak Ji-min.