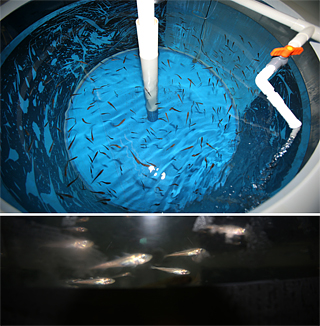 The Ministry of Oceans and Fisheries said Tuesday that scientists have developed a complete artificial breeding cycle for walleye pollack, marking a step toward sustainable mass production of the popular yet rare fish type. The project began in 2014 in response to a declining harvest. Scientists began by securing 530,000 eggs from a single mother caught in Gangwon in January and producing 200 fully-grown walleye pollack. Only seven of them were able to produce the eggs that created 30,000 of the second-generation walleye pollock. [NEWSIS]