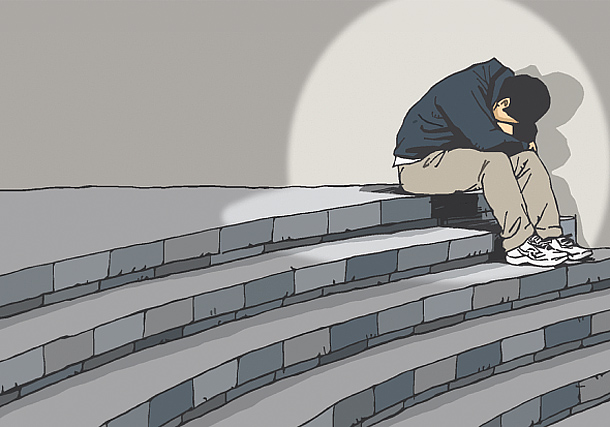 Korea does not have many natural resources, but Koreans are very important resources. Thanks to a passion for education, Korea rapidly developed in the 1960s. Now, Korea is a leader in the IT and automobile industries and exports the Korean wave.

Every year, Korean students are ranked high in the Program for International Student Assessment (PISA) by OECD, comparing academic knowledge and skills of 15-year-old students. In 2011, 64 percent of the Koreans between age 25 and 34 were college graduates. Korea also has the highest rate of college education among OECD members.

But there are considerable problems as well. Firstly, private education is more valued than public education. The gap between the rich and the poor is growing in education, which is a basic right. Second, as of 2011, the number one cause of death among young people between age 15 and 24 is suicide. Stress about education is a major factor. Third, many couples decide not to have children, partly because of the excessive educational cost.

I believe that the passion for education is one of the causes for youth unemployment. According to research by a German labor studies institute last year, the employment rate in Korea fell below 40 percent for the first time since 1982. Is the youth employment rate declining because there are not many jobs in Korea? If that was the case, migrant workers wouldn’t come to Korea.

Seventy percent of high school graduates go on to college, and naturally, college graduates want a job that fits their qualifications. Rather than taking a low-paying job with no challenges, they would want to wait until they get an offer of a suitable position. In Germany, the college entrance rate is 50 percent, which has recently increased. But scholars and experts say that it is still too high. When too many people have higher education, it negatively affects the GDP, and competition for jobs that require higher degrees becomes intense.

How can we resolve the youth unemployment issue in Korea? First, people should believe that mental and physical endeavors are equally valuable. Second, the difference in wages and welfare should be reduced. Young people who don’t have aptitude for academics can get a vocational education rather than going to college. Then, youth unemployment would decrease. When they start their career early on, they can contribute to the economy, expand the middle class and improve the gap between the rich and the poor. The government needs to increase welfare and benefits for workers engaged in manual labor.

In the past, studying was almost the only way to succeed in Korea. But now, individuals should be able to choose various paths to succeed.


*The author is a TV personality from Germany who appears on the JTBC talk show “Non-Summit.”