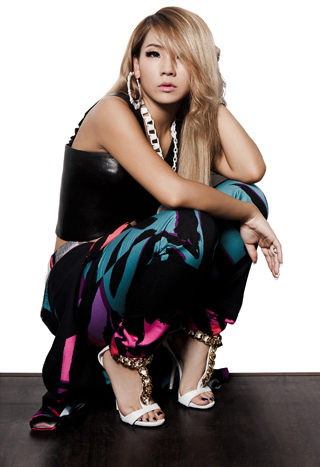 CL became the first Korean female artist to chart on the Billboard Hot 100 on Tuesday.

The singer’s single “Lifted” placed 94th on the chart, two months after releasing the track in August.

On Sept. 15, the pop artist appeared on the CBS talk show “The Late Late Show with James Corden” to perform the song live.

The track was produced by YG Entertainment labelmate Teddy, while the lyrics were written by the singer herself with assistance from American rapper Asher Roth.

The music video for the song recorded a high number of views as well, having reached over 16 million views since its upload.

The singer is expected to embark on her North American tour, “HELLO BITCHES TOUR 2016,” on the 29th starting in New York, and will visit nine states across the US and Canada.

The pop star originally debuted as a member of the YG girl group 2NE1 with their first single “Fire” in 2009. She was featured in labelmate PSY’s 2015 hit single “Daddy.”