Kutcher loves being an actor, minus the fame

Kutcher loves being an actor, minus the fame 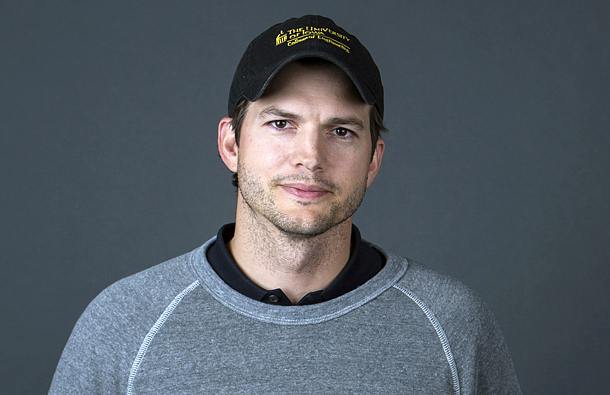 Ashton Kutcher poses for a portrait to promote the second season of his Netflix series, “The Ranch,” in New York. [AP/NEWSIS]

NEW YORK - Ashton Kutcher wishes he had a rewind button. If he did, he would reset his career and stay under the radar.

Kutcher’s theory is that the less people know about performers’ lives, the more believable they are as characters.

“Most people probably wouldn’t recognize Gary Oldman in his everyday life because they have no idea how he walks and how he talks. He’s such a chameleon from role to role.’

On his new Netflix comedy, “The Ranch,” Kutcher’s character, Colt Bennett, has an understanding of celebrity on a small scale. Colt was a high school and college football star who dreamed of going pro. Instead, he returns to his family’s ranch after it falls on hard times.

Danny Masterson, who was also on “That `70s Show,” plays Kutcher’s brother on “The Ranch.”

Kutcher talked about reuniting with Masterson and his passion for investing.

Q. There must be a lot of familiarity and comfort working with Masterson, since you co-starred on “That `70s Show” for eight seasons.

A. I know what he’s gonna do before he’s gonna do it, he knows what I’m gonna do, I know exactly how to set him up for a punchline, he knows how to set me up. We know how to play off each other and respect each other in the workplace. We also have this brutal honesty that we have with each other that you can’t have with someone new that you’re working with because I can tell him exactly what I think about what he’s gonna do, or what he is doing and he doesn’t get offended, and he can do the same with me.

What’s it like reuniting when you’re both married and have children?

We’re both producers on “The Ranch,” and so as opposed to on “That `70s Show,” when we were just kind of showing up for the gig and, you know, now we’re in charge... When we were doing that show we were in our twenties and out partying every night and, you know, showing up hung over, whatever we were doing. Just trying to get to work. Now, instead of after the show having a party, our kids get together and run around the hallway together (laughs).

What can we expect from these new episodes of “The Ranch”?

After you establish the characters on a show, that’s when these shows start to hit their power alley, which is why I’m so excited. Now we get to be who we are.