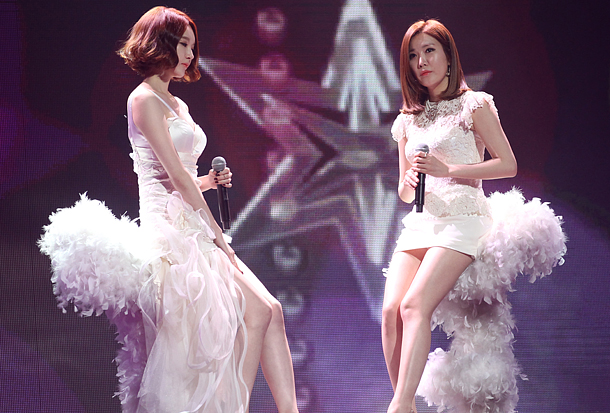 Davichi took the top two spots on multiple Korean music charts on Thursday with the release of their dual singles off their new mini album “50 X HALF” on Thursday.

The two took the top spots on charts such as Melon, Mnet, Bugs, Genie, and Soribada. They were able to come out on top amid releases from many popular artists including Im Chang-jung, Shin Yong-jae, Park Hyo-shin, Sechs Kies and BTS.

The release of this album in particular marks the first time the duo unveiled a record in 20 months. Its members have been busy with solo activities during the meantime, with each singer making appearances on television variety shows.

The teaser video for their recent title track, which was released on the same day, became a hot topic online as it featured popular actor Lee Jong-suk. The music video will be unveiled today.

The duo made their singing debut in 2008 with their first album “Amaranth.” They will be holding a solo concert during the holidays this year.