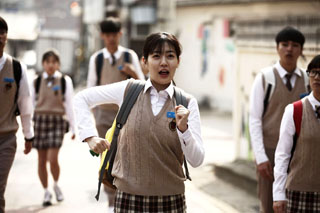 In a world where everybody wants to “do their best” or “be the best,” a bright school girl Lee Man-bok, played by Shim Eun-kyung, tells a heartwarming story in search of her dreams.

Man-bok gets carsick in whatever vehicle she rides, making it impossible for her to use any public or private transportation. She walks to and from school for a total of four hours everyday, on the grounds of which her teacher advises her to try out for foot racing. Man-bok has always been an easygoing student, not thinking much about her future nor her studies. But taking her teacher’s advice, she starts to dream of being good at something for the first time in her life.

But for a girl who’s been carefree all her life, hours of strenuous practice under the sun cannot be easy. Taking her first step towards her dream, Man-bok faces many hardships, from passing out on the track to being harshly scolded by her father.

Man-bok calls for the audience to be alongside her walk towards her dream, during which her bright energy is bound to ease the stress people nowadays are under.

During November, a month filled with college entrance exams and job interviews, the film is expected to free everyone’s mind of the unanswered questions about their future. 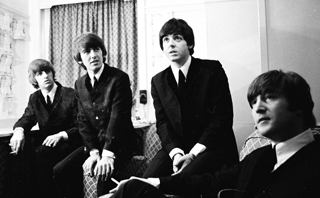 The Beatles: Eight Days A Week - The Touring Years (12)

Renowned Hollywood director Ron Howard is back with a mind-blowing documentary on the Beatles.

In the 1960s, a group of four boys in their twenties moved on from a small pub in Liverpool to a stadium packed with thousands of spectators. From 1963 to 1966, the boys roamed all over the world to hold concerts with crowds full of fainting fans.

The film tells stories about the Beatles’ success as popular stars, which eventually led to becoming a legendary group of artists. But above all, merely being able to see the four musicians share the stage on the big screen is exciting for fans of all ages.

The Beatles made their debut in 1962 with their first single “Love Me Do,” and hold the title of the artists that have sold the world’s most records, up to at least 260 million. They stand to this day icons of pop culture, having shown unrivaled success in a number of industries ranging from fashion, film, TV shows, to concerts.

Shedding new light on the heyday of the famed artists, the film is bound to bring excitement and nostalgia to the audience.

Tom Brand, played by Kevin Spacey, is a man who has everything. He owns the tallest building in North America, has an annual income of one billion dollars, and is married to a beautiful wife with a cute daughter. But no one would long to be in his shoes, because he just turned into a cat.

Tom is a workaholic, always putting money and work before his family. On his daughter’s birthday, his wife Lara, played by Jennifer Garner, calls to remind him to bring home a decent present. He decides to buy his daughter a cat, only to be enchanted by the pet shop owner and turn into the gift. The owner will only turn Tom back into himself if he starts caring for his family.

As a result, he becomes his daughter’s pet cat, with no one aware of the fact that it’s Tom inside the cat’s body. But thanks to the wicked owner, his daughter Rebecca, played by Malina Weissman, finally gets to spend time with her father. Will Tom ever get the chance to be a good dad, and not just a good cat? 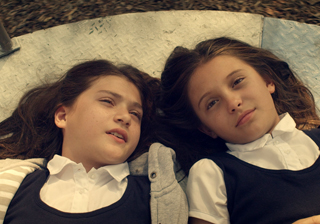 The French horror film that terrified audiences for days in 2008 is back through an American remake. Named as one of the most gruesome horror flicks, “Martyrs” is notorious for its shocking storyline.

The remake is expected to have toned down the repulsiveness of the scenes, and is surprising audiences with the mere fact that another version of the horrific film is to be released.

Lucie, played by Troian Bellisario, had been brutally tortured by a group of people since she was a little girl. She narrowly runs away from the villains to meet a new friend Anna, played by Bailey Noble. Despite the company of a reliable friend, however, Lucie cannot stop thinking of her horrible experience, and ends up killing the family of one of the torturers.

But this is only the beginning of the story. With endless jolts to viewers’ hearts, “Martyrs” is bound to bring chills down their spines, and maybe keep some awake for a couple of nights. 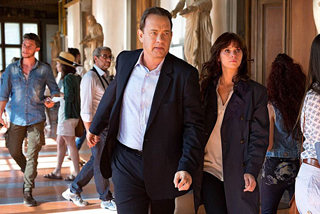 Another bestselling novel of Dan Brown, Inferno, is coming to the big screen. Like the two prior movies based on the author’s other books, “The Da Vinci Code” (2006) and “Angles & Demons” (2009), Ron Howard is directing the film and Tom Hanks is playing the lead role.

Harvard symbologist Robert Langdon, played by Tom Hanks, unknowingly wakes up in a hospital in Florence, Italy, having fallen unconscious with a mysterious cylinder inside his pocket. Inside the cylinder was Botticelli’s “The Abyss of Hell,” which only added to his confusion with its puzzling codes. As Langdon senses that the code is linked to a menacing plan against humanity, he sets out to decode the puzzle and save humanity from the forewarned threats.

As the other two movies were filmed in famous cities of Europe such as Paris, London, and Rome, “Inferno” will carry on the typical atmosphere of the series, having been shot in places like Florence, Venice, and Istanbul. 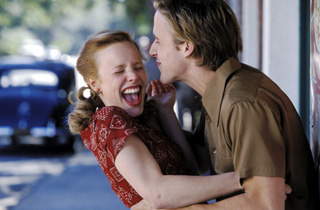 The love story that made audiences burst out into tears is back, ready to warm their hearts once again.

Noah, played by Ryan Gosling, is only a country boy, but ardently falls in love with the daughter of a wealthy family, Allie, played by Rachel McAdams. The two teenagers quickly fall for each other, sharing every day together and making unforgettable memories. Allie’s parents, however, wish it’d stay a summer love that will fade away soon. Facing difficult situations, Noah and Allie depart each other, only to keep each other inside their hearts.

Seven years later, Allie encounters Noah’s story in the newspaper. Will what has stayed inside their hearts for the past seven years be enough to begin again? Based on a true story, “The Notebook” is a romantic film loved by Korean audiences. The rescreening of the film is bound to bring many people back to their memories of first love.

The National Intelligence Service (NIS) works hard for the security of the nation and its people. It is also a place that the most powerful people in the country pass in and out of. But what happens if the agency lies to the public?

News producer Choi Seung-ho, the director of the film, aims his camera at a case that shocked the public in 2013. The case begins with North Korean defector Yoo Woo-seong being arrested for espionage, based on the confession of his sister Yoo Ga-ryeo. Her confessions, however, proved to be false a few months later, when she disclosed that she was hit and threatened by the NIS to give false statements.

The inconvenient truth lying beneath layers of manipulation is revealed through Choi’s bold film.