Allow Natasha to go to school

Allow Natasha to go to school 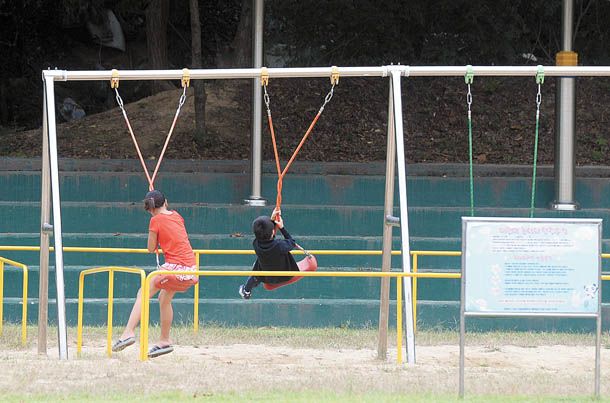 “Two more have joined us since then,” said Kim Han-sol, a teacher at Shinchang Elementary School in Asan-si, South Chungcheong, on Oct. 11. I first visited the school on Sept. 28, and there were 35 foreign-born immigrant children. In less than two weeks, two more students came to the school. The teachers at Shinchang Elementary School expect the number to reach about 60 by the end of the year.

These foreign-born immigrant children would make up 14 percent of the school’s entire student body of 420.

The Korean society is not ready to embrace them. In the case of Shinchang School, there is no teacher or employee who can interpret for them, and they use Google Translate to communicate with them. All the school can provide to help them adjust is a part-time teacher who teaches Korean language for an hour on a daily basis. Due to the budget constraints, it is not easy to increase the amount of Korean language instruction. The children have to sit in classes where they cannot understand. It is only natural that these children don’t like coming to school.

But the children who attend school are better off. Half of the immigrated children are not enrolled as their parents don’t know how to register them or are indifferent. The actual condition is hard to grasp. Some students fail to adapt to Korean schools and drop out. It is easy to find immigrated children at internet cafes in areas of concentrated migrant workers. They spend all day playing games. These young children are supposed to be in school.

But no one really care why these children are wandering around instead of going to school. It is often considered a foreigners’ problem.

An internet café owner in Daerim-dong, Seoul, said that many Chinese children come in the morning, and when he tells them to go to school, they would say they are not feeling well.

Natasha (her name has been changed), 12, came from Russia. She does not go to school and plays games in her room all day. She doesn’t get to enjoy the rights that her peers have. She does not have any friends. Still, Natasha says she likes Korea and wants to go to school.

We can no longer overlook the immigrated children issue. Their failure to adapt to Korean society may lead to social problems. Such signs are already showing. If they are left to wander around the periphery of the society, they will become like a time bomb. Natasha should be able to go to school. It is her right, and all of us are responsible.


*The author is a national news reporter at the JoongAng Ilbo.