Son is first Asian EPL player of the month

Son is first Asian EPL player of the month 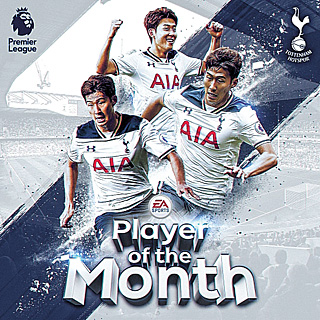 Son Heung-min of Tottenham Hotspur was selected as the English Premier League’s player of the month for September, becoming the first footballer from Asia to receive the honor.

The league announced on Friday in London that Son had been named Premier League EA SPORTS Player of the Month for September, the first Asian recipient of the title.

“The South Korea international enjoyed an inspired run of form …scoring four goals and providing an assist … in September,” the Premier League said in a statement.

Son also claimed four Man of the Match awards during this run, three in the Premier League and one in the UEFA Champions League.

“This is my dream, to get the award,” Son said during an interview after winning the award. “I want to get it a second time, a third time. When I take the award home, my family will be crazy like you can’t believe. They will be really happy.”

While Son said he was honored, the Korean striker, humble as always, also noted other players from Asia whom he felt were equally worthy of the praise, mentioning in particular Manchester United’s Park Ji-sung. “Many players deserved it,” Son said. “Ji-sung Park had great seasons.”

The honor makes Son the 12th Spurs player to accomplish the feat, the most recent being English forward Harry Kane, who has claimed the honor three times in his career to date.

Son’s Spurs continued their undefeated run in the league over the weekend, ending a match against West Bromwich Albion tied 1-1.

During Saturday’s game, Vincent Janssen, a 22-year-old striker from the Netherlands, started in Son’s stead. The Korean had just returned from Iran after playing in a World Cup qualifying match for the national team.

Son later stepped onto the pitch in the second half. With the team trailing 1-0, he created an equalizing chance, connecting a pass to Christian Eriksen, who fed the ball to Dele Alli for the tie goal with a minute to go before the end of the game, ensuring Tottenham Hotspur’s unbeaten streak.