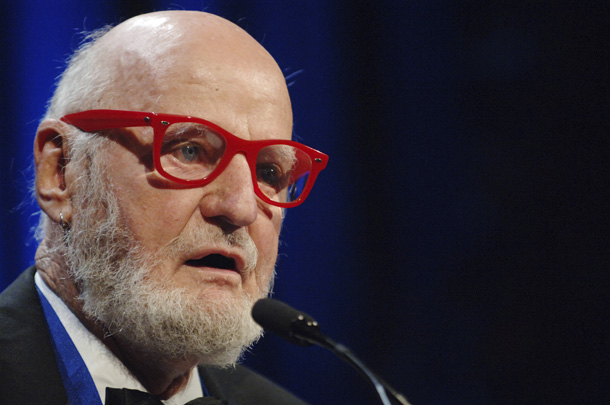 NEW YORK - Lawrence Ferlinghetti, one of the last links to the early days of the Beat poetry movement, never doubted the artistry of Bob Dylan or his worthiness of the Nobel prize.

“Bravo for Dylan, Nobel Laureate!” the poet, publisher and bookstore owner told The Associated Press in an email Friday, a day after Nobel judges stunned, delighted and also dismayed the world by making the singer-songwriter its latest winner of the literature prize.

Dylan was close to Allen Ginsberg and other Beats and in his early songs often wrote in a rich, stream of consciousness style that resembled the Beats’ work. Ginsberg would remember hearing Dylan’s “A Hard Rain’s A-Gonna Fall” and feeling an instant connection, especially to the line “I’ll know my songs well before I start singin.”’ Just as critics and writers have long debated whether Dylan’s lyrics qualified as literature, the Beats in their time were challenged by the academic establishment for rejecting formal structure and not writing “real” poetry.

Ferlinghetti told the AP that he had “always considered Dylan a poet first, and he too considered himself a poet first.” He said that decades ago he had hoped Dylan would release his material in print form through the publishing arm of Ferlinghetti’s celebrated City Lights bookstore in San Francisco. Alas, Ferlinghetti said, “he became famous” and lived on as a “song and dance man.”

Ferlinghetti, 97, has published works by Ginsberg and Jack Kerouac among others and was a defendant in a landmark obscenity trail over his release in 1957 of Ginsberg’s classic poem “Howl.”

City Lights, which Ferlinghetti co-founded in 1953, was a favorite meeting place for the Beats, and Dylan stopped by in 1965. He visited with Ginsberg and fellow Beat Michael McClure and brought along guitarist Robbie Robertson, then part of Dylan’s touring group.

“This get-together was a moment,” Robertson wrote. “I had come to appreciate the strong link between Bob and the Beat poets. Before Bob, nobody had written songs overflowing with the kind of imagery he conjured; he shared with these writers a fearlessness when it came to pushing limits.”