Norah Jones back at the piano with her new album

Norah Jones back at the piano with her new album 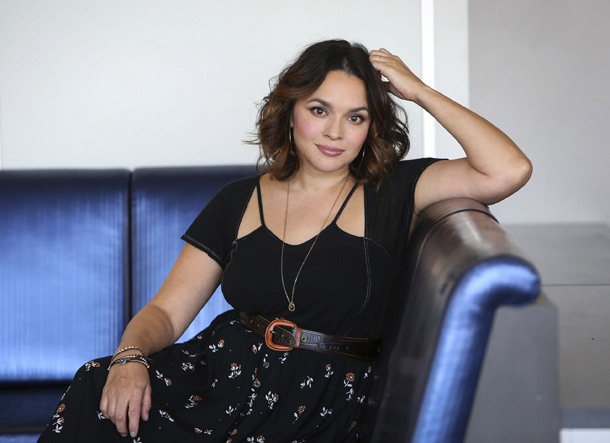 Norah Jones in a portrait to promote her new album “Day Breaks” in New York on Oct. 6. [AP/NEWSIS]

NEW YORK - The shorthand for Norah Jones’ new “Day Breaks” disc is that it’s a “return to roots.”

Like most such sound bites, that’s simplistic. Yet the jazzy, piano-based vibe is closer to Jones’ blockbuster “Come Away With Me” debut than anything she’s made since, giving her record company some 25 million reasons to be excited.

That’s the staggering number of discs that the 2002 album sold, its soothing sound a balm for troubled times, earning the newcomer a fistful of Grammys. Now she’s 37, a mother of two. The new music reflects her jazz training with more challenging arrangements and an all-star band of players.

It also puts Jones back before a piano. It has been awhile since she’s written songs using the instrument she was trained on. There are better piano players, and better singers, but Jones combining the two creates an indelible sound.

“It’s more me than when I’m just singing,” she said.

Her path to “Day Breaks” began with a 2014 concert in Washington celebrating her Blue Note record label’s 75th anniversary. She performed “I’ve Got to See You Again” from her first album with a formidable band including Wayne Shorter on saxophone, Brian Blade on drums and John Patitucci on bass.

“It was utterly riveting,” said Don Was, veteran producer and Blue Note president. “It didn’t sound like anything you’d heard before and gave you goosebumps. I certainly made clear that I wished we had a recording of it.”

The experience satisfied Jones, too. She’d been listening to a lot of jazz-soul recordings from the 1960s and 1970s and thought the new songs she’d been writing would work well with Shorter and those players, who form the backbone of the music on the new disc.

Was is too politic to say, but there had to have been people at Blue Note who broke into their happy dance to learn “Day Breaks” was coming, and not simply because they’re jazz aficionados.

Since “Come Away With Me,” sometimes it has seemed Jones has been determined to make every type of music except that which made her famous. She’s dabbled in country, recorded Everly Brothers duets with Billie Jo Armstrong and, most memorably, collaborated with Danger Mouse on the searing 2012 breakup album “Little Broken Hearts.”

Sometimes that’s how artists respond to a big success; the other extreme is repeating themselves endlessly. Jones said it wasn’t a calculated strategy.

“It was more that I was starved for something different,” she said. “All of a sudden, I was getting into country music and I was listening to bluegrass and Dolly Parton. I was listening to all sorts of music that interested me and made me want to try different things.”

Success on that level can be personally disorienting. Jones seems mostly to have responded by guarding her privacy. She’s still ambitious musically, less so about being noticed for it.

Yet the record company didn’t beg her to go back to her old sound, she said.

The smart thing is to let Jones stretch, Was said.

Within a few days of its release last week, “Day Breaks” hit the top of the iTunes sales chart.