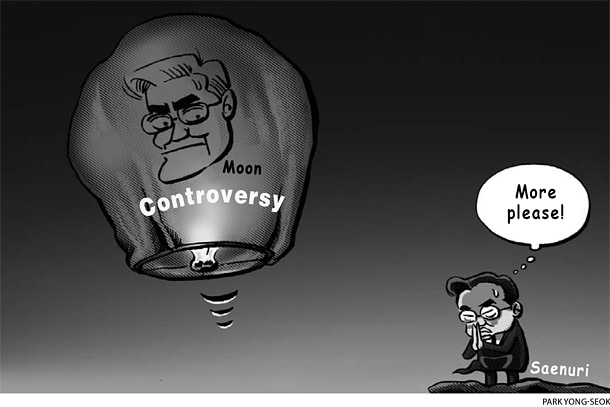 The ruling Saenuri Party hopes that the controversy over former chairman of the Minjoo Party of Korea Moon Jae-in’s alleged kowtowing to Pyongyang, as revealed in an explosive memoir, will continue through next year’s presidential campaign. Moon is a leading opposition contender for president.