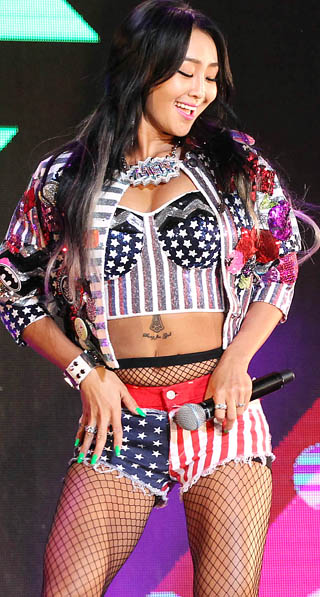 Singer Hyolyn of girl group Sistar will return with a solo album, her first in three years.

According to the singer’s agency, Starship Entertainment, on Monday, Hyolyn will unveil her album on Nov. 8, and it will feature collaborations with hip-hop artists such as DOK2 and Jay Park.

“[Hyolyn’s] solo comeback will place special meaning on the number three,” the agency said. “She prepared for this album for three years, she will return with three different concepts, and she will also be unveiling three music videos. Her return will be worth looking forward to.”

The singer will be releasing her first collaboration with DOK2 on Oct. 26, followed by her follow-up track featuring Park on Nov. 1 before dropping her full album.

The Sistar member is well-regarded in the industry for her vocal talent. She sang the Korean version of the song “Let It Go” for the Korean release of the Disney movie “Frozen” in 2014. The singer will also make an appearance in the upcoming album by American hip-hop group Far East Movement.