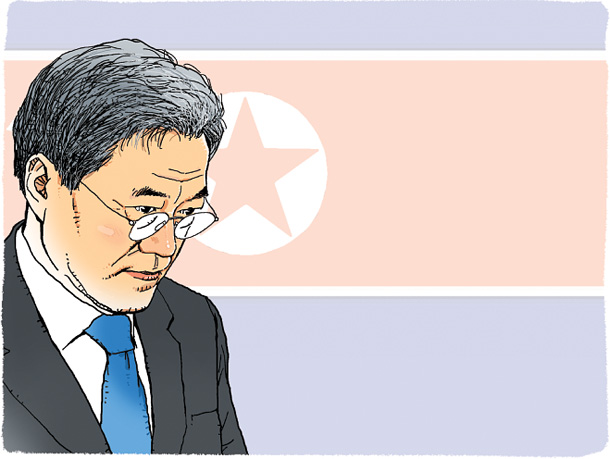 In the fall of 2007, inter-Korean relations were very hot. The hotline between Seoul and Pyongyang was operating day and night. An inter-Korean summit meeting secretly arranged over the summer led to the Oct. 4 Declaration. Lee Myung-bak, a presidential candidate at the time with the opposition Grand National Party, called for a suspension of the summit ahead of the presidential election in December.

But the Roh Moo-hyun administration wished to speed up the development of relations with the North so that the next president could not reverse the improvement. It is like an outgoing CEO making a major decision so that the successor could not change the deal.

As a result, the Oct. 4 Declaration — which came a year after North Korea conducted its first nuclear test in October 2006 — could not touch the nuclear issue at all. In 2007, the Roh government was not interested in the issue probably because the year was a golden age for inter-Korean ties. Instead, an economic cooperation agreement that would require a 15 trillion won ($13 billion) budget provided a reason for the next administration to be pressured by Pyongyang.

The recently published memoir of a former foreign affairs minister, Song Min-soon, chronicles the decision-making process of the Roh administration’s North Korea policy. Some opposition members say Song is growing old and that his memories may not be accurate. But that is not fair. Former U.S. Secretary of State Henry Kissinger published “On China” in 2011, recalling his orchestration of the normalization of relations between the United States and China when he was the White House security adviser in July 1971. But no one denigrated the value of the memoir just because he was 88 years old at the time of publishing. Instead, younger students studied the experiences of the legendary diplomat and learned from the lessons of history.

In the run-up to the Roh administration’s abstention voting on the North Korean human rights resolution in the United Nations in November 2007, Song recalled that Seoul decided to check Pyongyang’s opinion through the inter-Korean channel. The revelation is shocking in three ways.

First, the memoir suggests that the Roh government prioritized North Korea over the United Nations and United States on the North’s human rights issue. Back then, Seoul and Pyongyang were getting along, hosting a prime ministerial-level meeting from Nov. 14 to 16 after the summit. In other words, the government was not interested in international cooperation. As a result, South Korea abstained from voting when the human rights resolution was passed with 97 in favor, 23 against and 60 abstaining on Nov. 21. The directly interested party deviated from the humanitarian flow of the international community.

Third, the view on North Korea by the former Minjoo Party chairman, Moon Jae-in, is charming but dangerous. He was Roh’s chief of staff and held the key to the decision-making process in foreign policy and security meetings at the Blue House. Recently, he launched a think tank and has become a de facto candidate for the next presidential election. It is not convincing that Moon labeled the allegations of prior consultation with Pyongyang as simply active inter-Korean dialogue. Kim Kyung-soo, a lawmaker and close aide of Moon’s, argues Seoul decided to abstain first and then notified Pyongyang of its decision. There was no collusion, and Seoul was simply checking Pyongyang’s reaction, he says. But if the government notified the North after the decision as Kim claims, there should be officials involved. Since Moon does not clarify who they were, a fire storm is inevitable.

I wonder if Moon would still check Pyongyang’s response and communicate with the North if he wins the presidential election and becomes the commander in chief. It is understandable if he wants to ask when Pyongyang will give up its nuclear and missile programs. But it would be a shame if he calls Pyongyang using the direct line at Panmunjom and ask for opinions on key security decisions such as deployment of the Terminal High Altitude Area Defense system.

I am not discrediting the leading presidential hopeful. Some former West German officials cooperated with East Germany before reunification as a result of East German intelligence activities. With a nuclear threat hovering over us, Moon needs to clarify his views on security and North Korea.

A week after the North Korean human rights resolution passed the UN Security Council in November 2007, Song spoke at Ewha Womans University and said, “When it comes to North Korean issues, we become so small.” Moon, who served in our special forces, needs to answer people’s questions about how he views North Korea.


*The author is the dean of Korea University’s Graduate School of Public Administration.