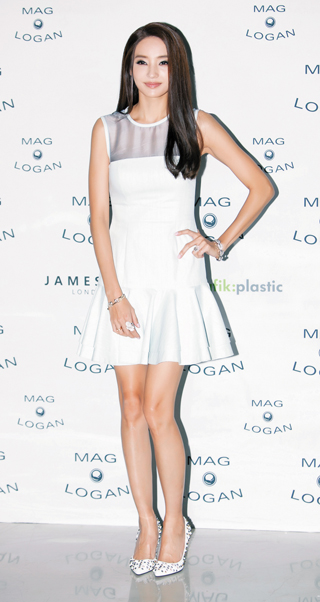 Actress Han Chae-young will make a return to the big screen after a seven year break to star in the upcoming film “Neighborhood Star” (working title).

According to Han’s agency Hanyang E&M on Tuesday, the actress will take the lead role in the movie, which will be directed by Kim Seong-wook. She will play the role of an A-list celebrity living next door to a middle school tennis player (played by Jin Ji-hee) as they share various adventures together.

“Audiences will be able to see a more comical side to the actress as opposed to her usual refined and elegant image,” said her agency.

Han’s most recent appearance in Korean cinema was for her role in the 2009 film “Girlfriends.” She was involved in various Chinese productions since then, including 2011 film “A Big Deal.”

The actress appeared in the KBS2 drama “Autumn in my Heart” in 2000 for her debut role. She starred alongside actors Jang Keun-suk and IU in the 2013 drama “Bel Ami.”