Metallica to kick off tour in Seoul

Metallica to kick off tour in Seoul 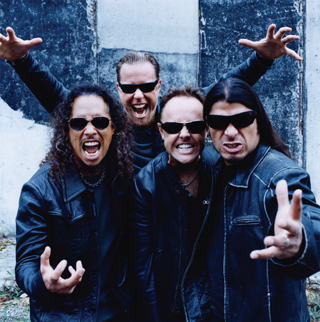 Legendary heavy metal band Metallica will drop by Korea on Jan. 11 for “The WorldWired Tour” at the Gocheok Sky Dome.

The influential 4-piece will kick off their world tour in Seoul to celebrate the release of their latest album “Hardwired…To Self-Destruct,” which will be available on Nov. 18. This will be the eleventh studio album for the band, and will mark their first album in eight years since the release of “Death Magnetic” in 2008.

Their latest world tour will make stops throughout the world, with a total of six shows scheduled in Asia. The upcoming show in Seoul will also the band’s third visit to Korea, having previously performed in the country in 2006 and 2013.

Metallica is one of the most successful rock bands in history, with more than 110 million records sold worldwide since their debut in 1981. The band tours extensively around the world, and even earned a spot in the 2015 Guinness Book of World Records for being the first act to play a show in all seven continents in one year.

Tickets will be available for purchase starting on Oct. 24 through ticketing service Interpark.