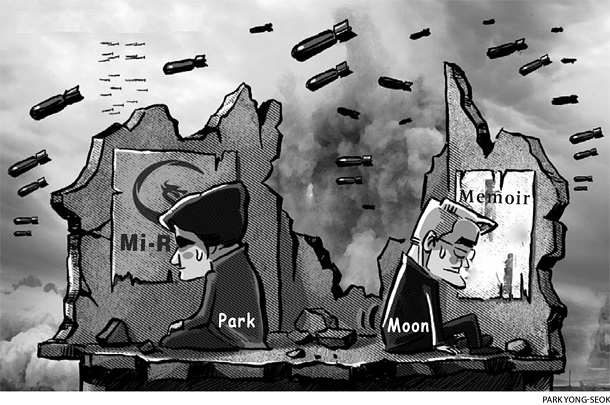 While President Park Geun-hye is under attack for keeping silent on the motive behind the establishment of the Mi-R Foundation through donations raised by large companies, former opposition leader Moon Jae-in is equally mum about a former foreign minister’s claims in a shocking memoir.