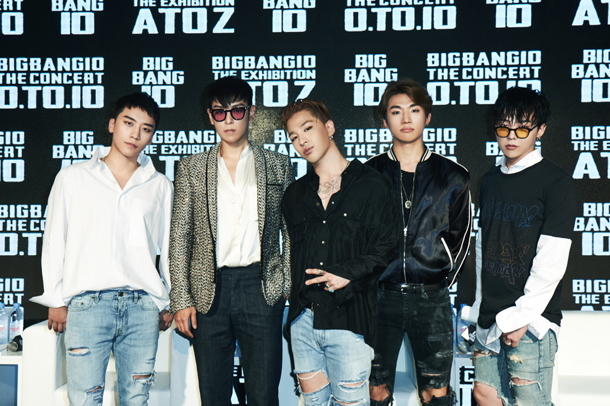 Boy band Big Bang will return with two music videos for their double single release from their upcoming album.

According to a representative from YG Entertainment on Wednesday, the K-pop act completed filming their new music video on Tuesday. They were joined by over 300 extras on set, and the agency said that the finished product will exceed expectations.

The group is also scheduled to begin filming their second music video early next month. Once completed, their comeback schedule will be decided.

The upcoming album holds special meaning to the group, since this year marks the 10-year anniversary of their debut. It will also be their first full-length studio album in eight years, after the release of “Remember” in 2008.

The boy band celebrated their ten-year anniversary with the release of a documentary film titled “BIGBANG MADE” in June, and also held a special anniversary concert at the World Cup Stadium in Mapo District, western Seoul in August.

The group took home the Song of the Year award at last year’s Mnet Asian Music Awards for their 2015 hit “BANG BANG BANG.”