DiCaprio says he is cooperating with investigation

DiCaprio says he is cooperating with investigation 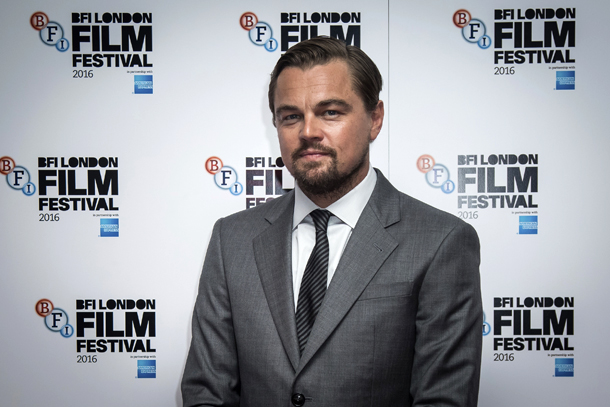 Actor Leonardo DiCaprio promoting the film “Before the Flood” on Saturday, showing as part of the London Film Festival. DiCaprio says he is awaiting direction from the U.S. Justice Department regarding any ill-gotten funds that may have supported his environmental foundation or 2013 film “The Wolf of Wall Street.” [AP/NEWSIS]

LOS ANGELES - Leonardo DiCaprio says he’s awaiting direction from the U.S. Justice Department regarding any ill-gotten funds that may have supported his environmental foundation or 2013 film “The Wolf of Wall Street.”

The Oscar-winning actor released a statement through his representatives Tuesday saying he will return any gifts or donations connected to a Malaysian wealth fund, pending a fraud investigation of that fund by the U.S. and other countries. Court filings in connection with the investigations allege a complex money laundering scheme intended to enrich top-level officials of the Malaysian government-controlled wealth fund.

“Both Mr. DiCaprio and (the Leonardo DiCaprio Foundation) continue to be entirely supportive of all efforts to assure that justice is done in this matter,” the statement said. “Mr. DiCaprio is grateful for the lead and instruction of the government on how to accomplish this.”

The Justice Department says that at least $3.5 billion has been stolen from the wealth fund, known as 1MDB, by people close to Malaysian Prime Minister Najib Razak.

Najib created the fund in 2009 shortly after he took office to promote economic development projects in the Asian nation, but the fund accumulated billions in debts over the years.

The Justice Department has initiated action to seize $1.3 billion it says was taken from the fund to buy assets in the U.S., including luxury properties in New York and California, a $35 million jet, art by Vincent Van Gogh and Claude Monet, and financing of “The Wolf of Wall Street,” according to federal government complaints filed in Los Angeles in July.

The government complaints also say that more than $700 million has landed in the accounts of “Malaysian Official 1.” They didn’t name the official, but appear to be referring to Najib.

The Justice Department complaints also do not mention DiCaprio by name, but make an oblique reference to “Hollywood Actor 1,” who during his Golden Globe acceptance speech thanked “the entire production team” and singled out several people close to Najib implicated in the scandal as “collaborators” on the film. DiCaprio won the Golden Globe for his “Wolf of Wall Street” performance.

Last week, a Swiss rainforest charity demanded that DiCaprio resign from his post as a United Nations “Messenger of Peace” if he doesn’t disclose his financial ties to the Malaysian fund. But on Monday, a UN spokesman expressed continued support for the actor.

Stephane Dujarric said he understands that DiCaprio’s foundation is working with the relevant authorities in the U.S. to resolve the issue.

“We continue to welcome his public work on behalf of climate change,” Dujarric said.

Najib has consistently denied any wrongdoing since allegations of massive fraud in the fund erupted last year. He remains firmly in political control by clamping down on critics and because of the unwavering support of most ruling party members. The opposition is too weak in Malaysia to dislodge him.

Democracy group Bersih plans to hold a mass street rally on Nov. 19 to demand Najib’s immediate resignation to allow an independent investigation in Malaysia into the financial scandal. AP