Passenger dragged to death by subway

Passenger dragged to death by subway 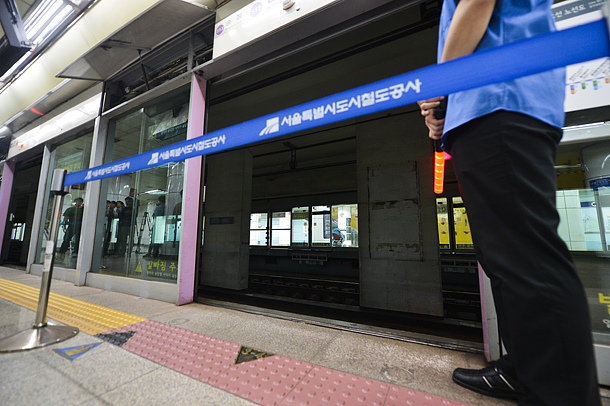 A 36-year-old passenger surnamed Kim was dragged and killed by a departing subway train on line No. 5, after he got trapped between the platform door and the train at Gimpo International Airport Station in Gangseo District, western Seoul, on Wednesday at 7:18 a.m. He was attempting to get off the train. Seoul Metropolitan Rapid Transit (SMRT) said the specifics as to how he got stuck are not yet known.

“CCTV footage showed Kim being pulled from the platform through the screen door’s emergency exit,” said an official from SMRT. “An employee at the station made an emergency call, but Kim wasn’t breathing.”

Meanwhile, labor unions of Seoul Metro, which runs subway lines No. 1 through 4, announced they will end their strike, starting from Wednesday morning, to ensure public safety.