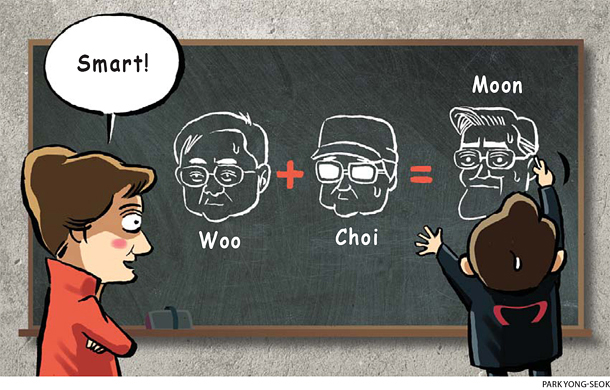 The Saenuri Party is bent on attacking former opposition leader Moon Jae-in for his controversial remarks on the government’s decision in 2007 to abstain from voting on a UN resolution against North Korea for human rights violations. The hope is to counter the opposition’s attacks on alleged misconduct by Woo Byung-woo, the president’s senior secretary for civil affairs, and President Park Geun-hye’s friend Choi Soon-sil.