North has executed 64 officials so far this year

North has executed 64 officials so far this year 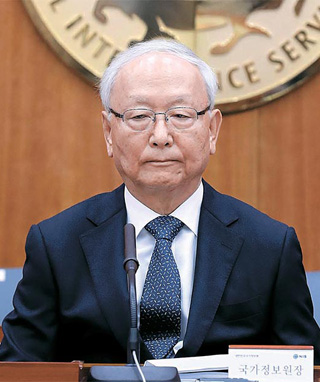 According to Rep. Kim Byung-kee of the Minjoo Party, who attended an annual audit at National Intelligence Service (NIS) headquarters in Seoul on Wednesday, Lee Byong-ho, director of the NIS, told parliamentary members that Kim has carried out 64 public executions from January through September. He did not specify who was among the 64 officials, but Rep. Kim quoted him as saying, “Due to tyrannical rule, elite North Koreans’ loyalty for the Kim regime has weakened.”

Since taking power in 2011 upon the death of his father, Kim Jong-il, Kim Jong-un is estimated to have carried out over 100 executions of party and military officials in order to tighten his grip on power. One of the most high-profile executions was that of his uncle, Jang Song-thaek, in late 2013.

In a sign of growing anxiety for his own security, Kim Jong-un also ordered the installment of explosives detectors and insists on religiously keeping to his daily schedule, according to the NIS director.

Rep. Lee Cheol-woo of the Saenuri Party, who heads the committee, also said the intelligence agency was running a special protection program for nearly 100 North Koreans elites who have defected.

Among the 100 such defectors are diplomats, colonel-level military officials and agents from Pyongyang’s spy agency and State Security Ministry, according to the lawmaker.

On the former diplomat, Rep. Lee said he had remained calm during the course of the government’s questioning upon his arrival in the country.

Defections by elite North Koreans has been garnering more attention in South Korea after the government publicly announced in August the defection of Thae Yong-ho and his family. Thae is a former North Korean deputy ambassador in London whose defection is said to have shaken the North Korean diplomatic community and is seen by North Korea observers as an indication of growing discontent among North Korean elites toward the Kim Jong-un regime, which shows no sign of dropping its nuclear ambitions, despite international sanctions.

It is reported that a colonel-level North Korean official from the Reconnaissance General Bureau defected to the South in April, though the exact number of defectors with such high-profile backgrounds has not been disclosed by the intelligence agency. An 18-year-old North Korean math whiz, who sought refuge at the South Korean Consulate General in Hong Kong, is also reportedly under the care of the NIS.

In an apparent reference to a stream of defections by elite North Koreans, President Park Geun-hye in recent weeks publicly called on North Koreans to seek freedom by defecting, a move seen by experts as groundbreaking as well as provocative.

In an Armed Forces Day address on Oct. 1, President Park urged North Korean soldiers and citizens to defect to the South. In a cabinet meeting on Tuesday, Park noted that members of Pyongyang’s elite class are abandoning their homeland to find freedom and human rights, and emphasized that their successful settlement in the South is crucial to motivate more North Koreans to follow.