The future of NE Asian peace

The future of NE Asian peace 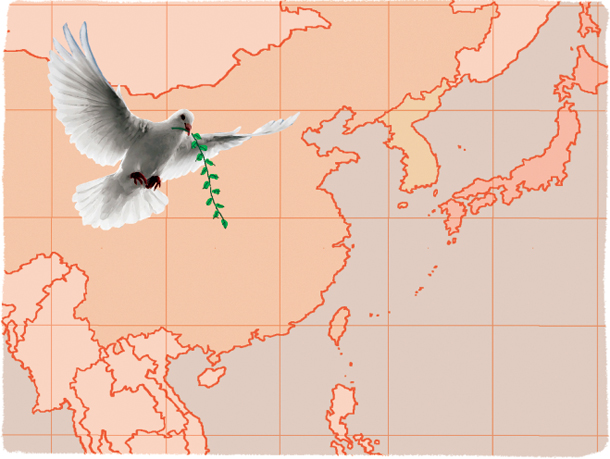 At CSIS, we hosted the third annual Northeast Asia Peace and Cooperation Forum (NAPCI) this month. The brainchild of President Park, NAPCI is a forum for forging cooperation among Northeast Asian countries on functional issues such as cyberspace, disaster risk reduction, nuclear safety and security, and climate change. The impetus for NAPCI is to create greater institutional cooperation in a part of the world where the major countries do not have a history of such cooperation. It seeks to avoid “harder” issues that divide countries like North Korean denuclearization, territorial disputes, or historical issues and instead seek cooperative dialogue on issues that is in the shared interests of the United States, ROK, DPRK, China, Russia and Mongolia.

For example, Northeast Asia will house the largest number of nuclear power plants in the world; so the NAPCI working group on nuclear safety brings experts together from the relevant countries to discuss common safety operating procedures. Similarly, Asia occupies 30 percent of the world’s land mass but sees 40 percent of the world’s natural disasters and suffers nearly 80 percent of the world’s casualties. The NAPCI working group in this area seeks to improve coordination among states to better prepare lesser developed regions from such consequences.
The first two NAPCI forums were held in Korea and the third one was held for the first time outside of the country in Washington, D.C. The State Department and the ROK foreign ministry have been the primary supporters of NAPCI. President Obama has been a supporter of NAPCI and stated that Park’s initiative fit well with his Pivot to Asia.

But there are real questions about NAPCI’s future given the change of governments in Washington this year and in Seoul next year. Nevertheless, it is the only effort at building security cooperation among Northeast Asian countries, except for the defunct Six Party talks. What can be done to keep this noble effort afloat in the future?

First, greater formal institutionalization is needed. NACPI was built on the premise that informal, functional cooperation was the best way to win the interests of countries, without creating too many rules or regulations that might engender bureaucratic obstacles. It was based largely on the political will of the leaders. With three annual meetings under its belt, however, and uncertainty about the preferences of future political leaders, it is important that NAPCI have formal secretariats in each member country that can create a regular schedule of meetings, even in the absence of political leadership.

Second, NAPCI needs the cooperation and support of the major powers. An organization like this faces a dilemma. On the one hand, it needs to be led by a “middle power” like Korea so that the initiative does not create insecurity spirals or competition that might emerge if it was led by China or the U.S. On the other hand, for NAPCI to thrive, it needs the sponsorship and support of those same great powers. Unfortunately, China and Russia did not send official delegates to the third NAPCI meeting in Washington, ostensibly because of the Terminal High Altitude Area Defense, which is not a good omen. There may be political reasons for their absence, but the point of NAPCI is to forge functional cooperation on lower politics even if there may be disagreement over the bigger issues that hit the headlines of the newspapers.

Third, NAPCI needs to own its agenda on functional cooperation and promote its incorporation into other regional meetings including APEC, ARF, and EAS. The notion of progress on the “NAPCI” agenda at these larger multilateral gatherings would help to ensure its continued contributions.
Finally, some may wonder where North Korea fits into NAPCI. It would not be beneficial for NAPCI to address the nuclear weapons issue.

However, it would be beneficial for NAPCI meetings to invite DPRK participation even if there is no progress on the nuclear issue. If this is difficult to do at the official level, it should be considered at the experts or track II level. North Korea has its own share of natural disasters and much can be learned to help reduce risk and improve response. While this will certainly not solve the nuclear problem, it can help to promote an atmosphere of cooperation that could be conducive to a longer-term solution.


*The author is a professor at Georgetown University and CSIS Senior Adviser. View this study at BeyondParallel.CSIS.org.